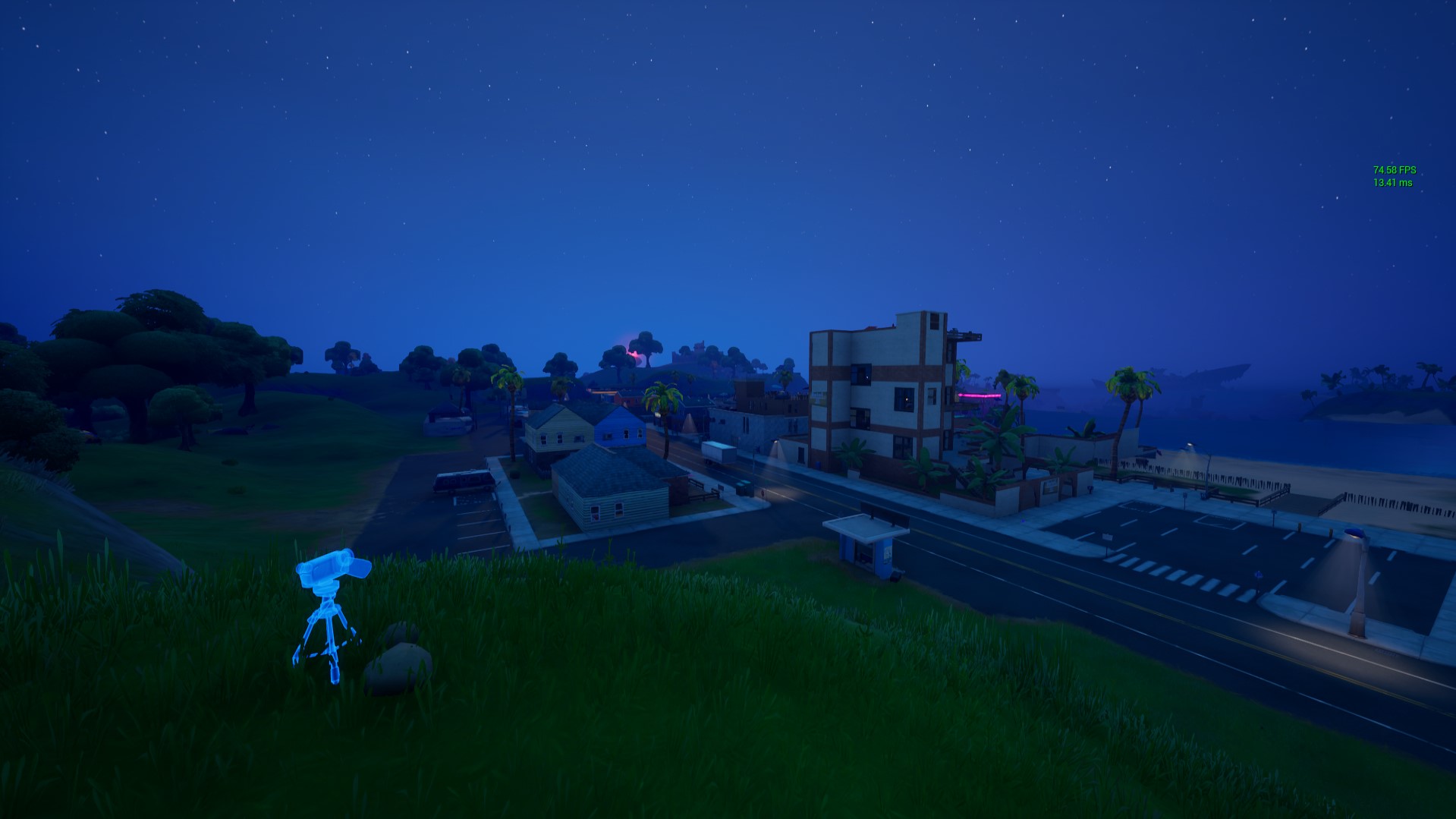 One of the Fortnite week 10 challenges tasks players with ‘placing video cameras at different landing ship locations.’ While this may sound tricky, it’s actually relatively straightforward as long as you know these Fortnite video camera locations. Well, fear not, as this guide will run you through everything you need to know to complete the quest and earn that XP.

The video cameras can be placed at any of the following named locations:

When you reach one of the named locations above, you’ll need to look out for the pale blue outline of video cameras on a tripod. They look like this one, found just southeast of Believer Beach.

You’ll only need to place three video cameras at landing spots across the map, but we’d recommend doing this at Retail Row.

The first can be found on the west side of Retail Row by some trees on a ledge.

Another Fortnite video camera can be placed just behind the shops in the north of Retail Row.

The third and final video camera can be placed in the south of Retail Row, just south of the yellow house in the southwest corner.

When you arrive at any of these outlines, simply press and hold X/ Square/ Y/ E and you’ll place a video camera. Do this at all three locations and you’ll complete the challenge.

That’s everything you need to know regarding placing Fortnite video cameras at landing ship locations. For more tips, tricks, and guides, head over to our wiki, or see more of our coverage on the game below.