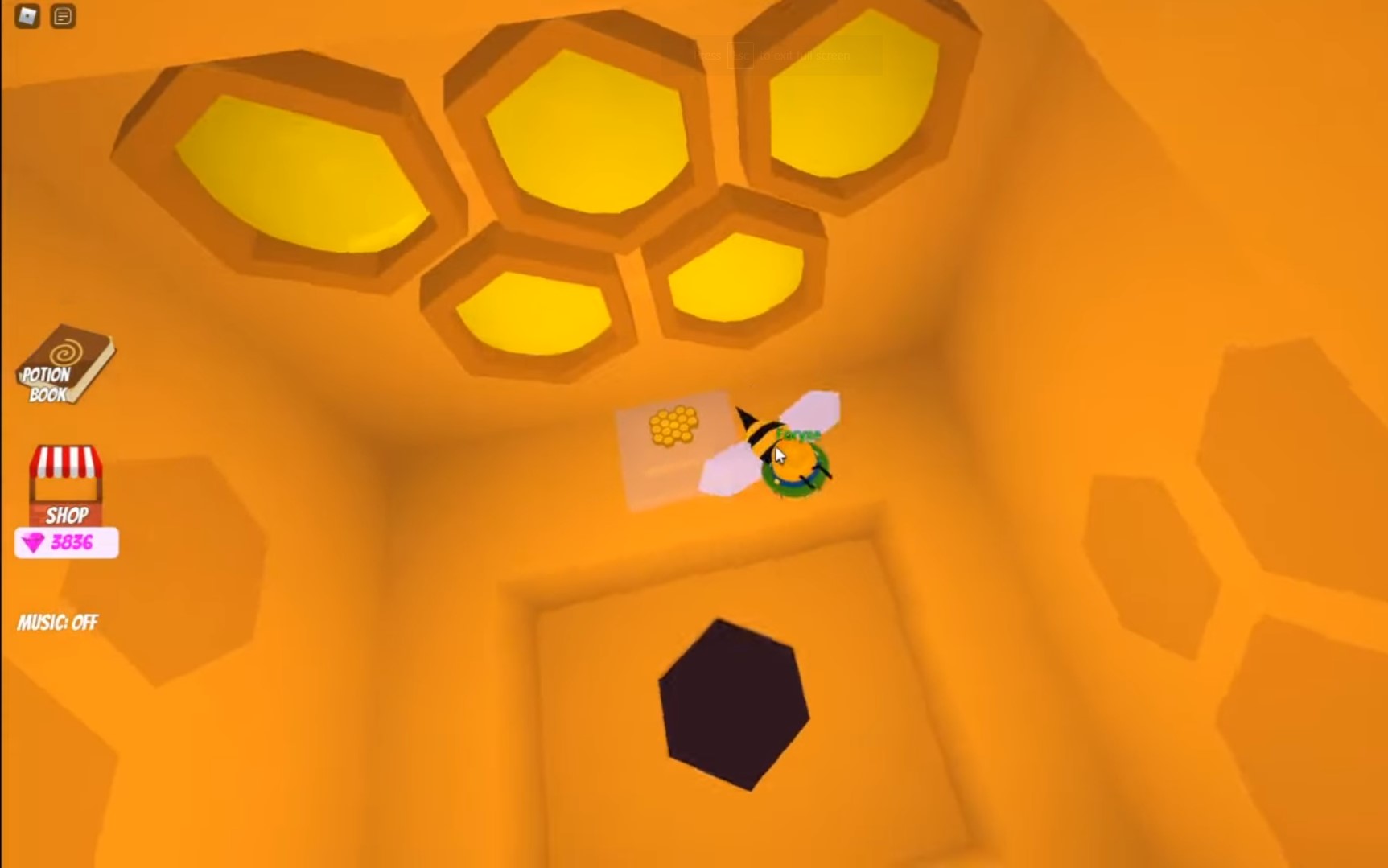 A new update has rolled around in the world of Roblox’s Wacky Wizards game, and that means there’s a new ingredient to obtain. In this guide, we’ll run you through how to get the Wacky Wizards Honey ingredient, also referred to as the Honeycomb ingredient due to its design.

Getting Honey Ingredient in Wacky Wizards

First off make a Speed Potion at your cauldron and then head over to the small tree with a yellow beehive hanging from its branches. It’s by the giant tree in the main area you spawn in, so it shouldn’t be too difficult to find.

When you arrive here, you should find a ‘Sleepy Bee’ that you can pick up. Go ahead and grab that and take it back over to your cauldron and drop it on the floor.

Make another Speed Potion and drop that on the floor and then put the Sleepy Bee in your cauldron. Create the potion and drink it and you’ll now turn into a bee.

Drink the Speed Potion you just dropped on the floor before to boost your movement speed as a bee. Now head over to the giant tree next to the one you got the Sleepy Bee from, and you should find a hole near the top oozing with honey with a sign that reads “Bees Only.”

Head inside the hole, fly upward, and speak to the Queen Bee (the one with the giant crown on its head/back). Ask the Queen Bee how you make honey and she’ll tell you to go find the flowers you can see listed on the wall opposite the Queen. These are:

The Cactus Flower can be found over in the desert area, by the train track where you grabbed the Dynamite Ingredient.

The Field Daisy can be found dotted around the cauldrons and trees in this large grassy area.

The Water Lily can be found over by the lake and are pink in color, so shouldn’t be too difficult to spot.

The Lava Flower can be found in the crater at the top of the volcano, where the black smoke is billowing out of.

Finally, the Sunflower can be found through a hole in the roof of a rocky outcrop by the giant tree itself. It’s around the other side of the tree from where you enter the beehive.

Once you’ve found a flower, return to the beehive and drop it in the corresponding hole opposite the Queen Bee. With all the flowers obtained, you’ll now spot the Honey ingredient appear beneath the holes. This looks like Honeycomb, but is called Honey.

Return it to your cauldron bench and place it down to permanently add it to your roster of ingredients.

That’s everything you need to know on how to get the Honey ingredient in Wacky Wizards. For more Roblox guides, be sure to search for Twinfinite, or see more of our coverage on the game below.