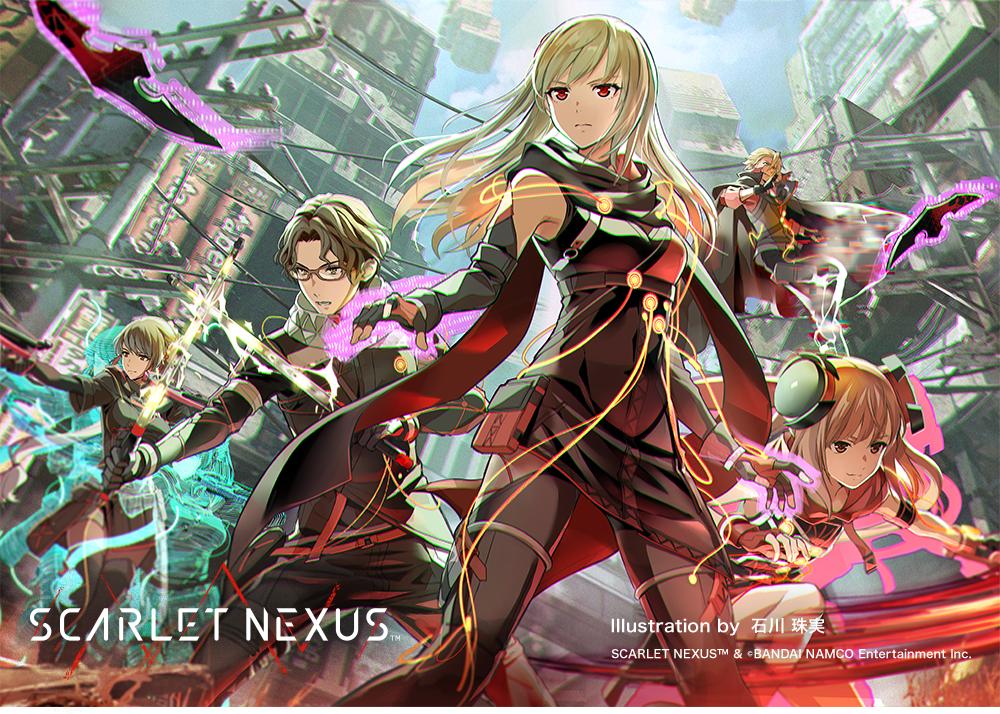 Today Scarlet Nexus releases in Japan, and Bandai Namco is celebrating with some interesting news.

First of all, we get two new pieces of celebratory artwork designed by concept artist Tamami Ishikawa and portraying Yuito and Kasane’s teams.

Secondly, we learn that the game and the upcoming anime by Sunrise will be linked by more than the same story and characters.

If you find and break the code hidden in every episode of the anime, you’ll be able to unlock rewards in the game.

You can see how that happens on the screenshots in the gallery below.

If you’d like to see more of Scarlet Nexus, you can check out the live-action trailer, plenty of new gameplay, a 101-style video explaining everything you need to know, the previous trailer, the opening cutscene, even more gameplay, two gameplay trailers, another showcasing locations, the previous promotional video, the original trailer, a gallery of screenshots, an earlier gameplay showcase presented by Anabuki-san himself and producer Keita Iizuka, more screenshots, and even more gameplay.