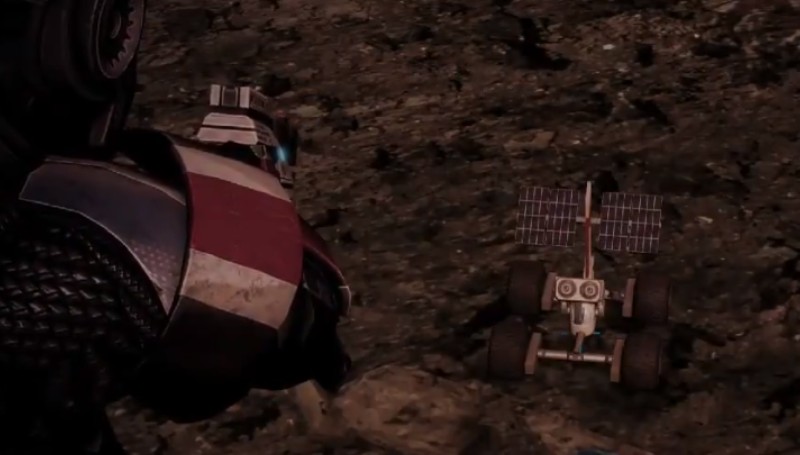 Mass Effect Legendary edition is bringing about all kinds of hidden facts that fans never managed to find when the games originally released. One of those is an awesome Easter egg that can be found in Mass Effect 3 dedicated to the Mars rover.

This cute little secret was revealed in a recent Reddit post by former BioWare Cinematic Designer Richard Boisvert, as he explained that he placed it in the game all those years ago and wasn’t sure anyone had ever found it.

During the mission Priority: Mars, players can actually find one of NASA’s robotic motor vehicles surveying the planet all these years later. To find it, you have to walk over to the solar panels and follow the pattern below.

Following the pattern reveals the rover, which drives over to the edge of the cliff, causing it to look up at you and nod. While it isn’t surprising that no one followed this specific pattern in the game, it’s still fun that this rover was placed in Mass Effect 3, especially since it originally released when NASA’s Curiosity rover was the talk of the town.

If you’re still craving some more Mass Effect content, be sure to check out all of the similar articles we’ve listed below. Those include characters too strong to join Shepard’s squad, a Last of Us-inspired Mass Effect comic, and which characters deserve a permanent Virmire vacation.