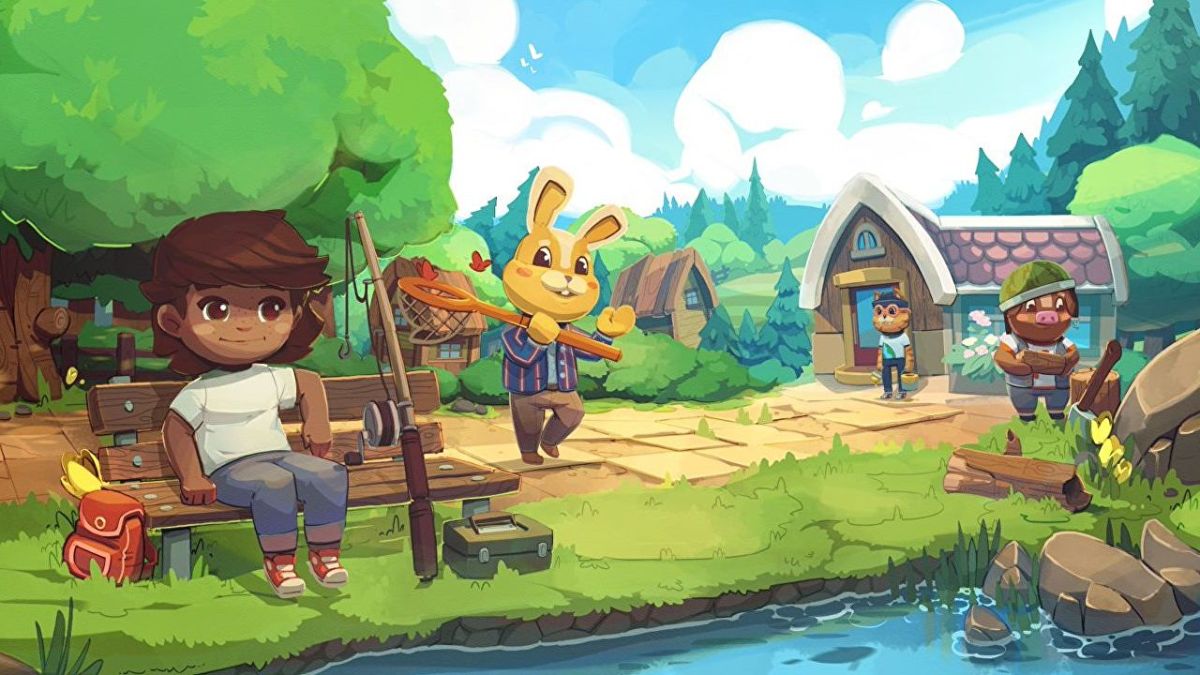 I hate to draw comparisons between games as every video game should be judged based on its own merit, but in the case of Hokko Life, the Animal Crossing comparisons are simply unavoidable. Your character arrives at a quiet little town, your daily life becomes a smorgasbord of picking up trash at the beach, planting trees and flowers, crafting furniture, and decorating the town and your own room.

Aforementioned town is also full of talking animal citizens. As I said, the comparisons are unavoidable.

On paper, Hokko Life should be an instant hit. The art and graphical style is a little more realistic, and prettier too. You have the ability to decorate your town square and really make it your own, as compared to Animal Crossing: New Horizons, where you’re restricted from placing anything in the Resident Services area, though it’s for a good reason.

But in practice, you quickly realize that there are so many little issues that drag the game down and hold it back from being the chill life sim it wants to be. For starters, the bugs. Starting up the game with a controller plugged in proved to be rather cumbersome, as the game refused to show me the right button prompts for the gamepad. I ended up having to reconnect the controller a couple more times before it would register and finally show me the right inputs.

Characters occasionally glitch into items and furniture, and even the character creation menu seemed buggy, as the hairstyle icons wouldn’t show the hairstyles themselves, and I had to manually hover over them to get them to show up in my character preview.

These are all early access woes, yes, but they gave me such a bad first impression of the game, and things certainly didn’t improve from there.

Hokko Life has a pretty slow start, and the game tasks you with moving all over the town, getting to know the citizens and running errands for them. You’re essentially forced to complete fetch quest after fetch quest for the first couple hours before the game finally starts to give you a little bit of freedom to decorate the place how you wish.

Coming back to Animal Crossing: New Horizons, that game had a similar issue as well. The opening hours were essentially all tutorials teaching you how to do things, and there certainly wasn’t a shortage of fetch quests sprinkled in there either. Here’s the difference, though: Animal Crossing follows your system clock, while Hokko Life doesn’t.

By having everything progress in real-time, Animal Crossing: New Horizons was a game you could play in short bursts and not feel immediately burnt out from all the tutorials. They were split into small chunks, and whenever you progressed far enough, you had to wait for the next day to see your efforts come to fruition, then progress some more.

Hokko Life doesn’t follow the system clock and allows you to quickly progress to the next day by sleeping. This almost feels akin to time-traveling in Animal Crossing, where you can speed things up by changing your system clock. It’s also an easy way to quickly burn out, and that’s exactly how I felt while playing Hokko Life.

I got to a point where I was tasked with planting several flowers and I had to wait for them to bloom in order to continue with the story. The problem was that these flowers took three days to bloom, and since I had already done every other quest available to me, I had meaningless days in between with nothing to do but basically sleep through them till something happens.

At the moment, Hokko Life is missing one vital element: the excitement of looking forward to something that you’ve been working towards. Animal Crossing is fantastic at spoonfeeding players that kind of excitement; you have the museum, the Resident Services building, upgrading your home and paying off your loans, checking the shop each day for new items, and then looking forward to seeing the other seasonal vendors in the game.

Hokko Life has none of that, and is instead bogged down by fetch quests that feel meaningless in the grand scheme of things, with nothing to look forward to. It has a solid foundation, and there is potential in its quiet little town, but there’s a lot more work to be done before it reaches that level of comfiness and excitement that Animal Crossing fans have become so used to.