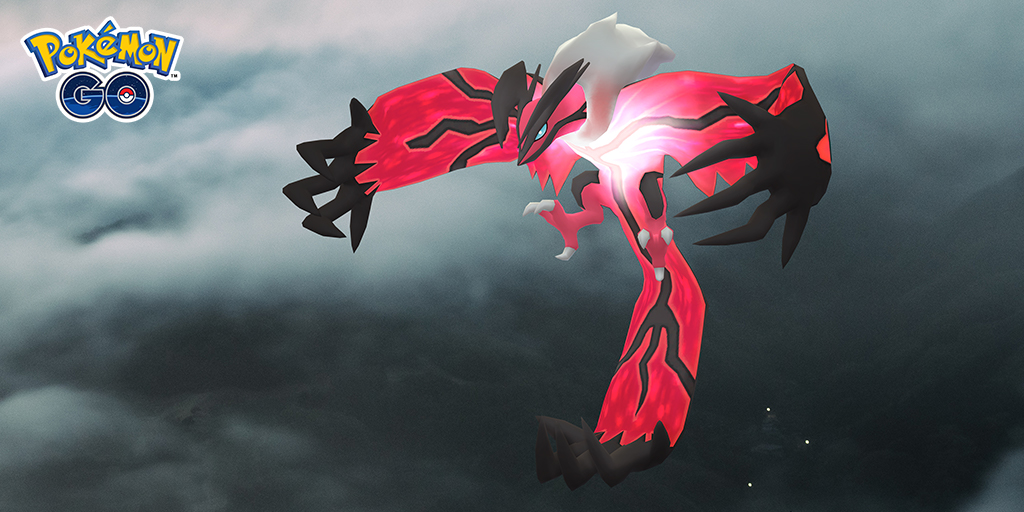 Yveltal is the second member of the Aura trio to join Pokemon GO. Xerneas came first and it was honestly a bit of a disappointment. Fortunately, the Destruction Pokemon lives up to its name. If you want to add this Legendary Pokemon to your team, then just check out this raid guide to learn all about Yveltal’s weaknesses and the best counters to combat this powerful beast.

Even though this big bird looks imposing, just think of it as a much more powerful Honchkrow. Yeah, it’ll knock out more Pokemon, but it’ll still get beaten up by the ‘mons that you’re used to using against Flying-types.

You can clear this raid with three trainers and a team of solid counters at or above level 35. Depending upon Yveltal’s moves, you may get wiped and need to re-enter. But don’t worry about dodging if you have more than three trainers with high-level counters in the raiding party.

Once you finish the raid, the Yveltal you can catch will be between 2073-2160 if it’s not weather boosted. During Fog or Windy weather, that CP range will increase to 2591-2701.

Remember, Yveltal is just like any other Dark/Flying-type Pokemon in the game, except that it’s one of the best ‘mons in the Master League. But your team composition should still be the same for Yveltal as it is for something like Honchkrow. Just don’t overthink it and pick your best Pokemon with the following attack types:

Your best bet for victory in this raid is to take advantage of the weaknesses that Yveltal has by only selecting Pokemon that can hit it with super effective damage.

Choosing the best raid counters for taking on Yveltal will be the difference between victory and defeat. The Yveltal raid counters listed in this guide are from a Pokebattler simulation with level 35 ‘mons and no attack boosts of any kind. Mega and Shadow Pokemon will be listed separately since they’re currently quite costly and difficult to obtain.

Yveltal is one of the best Dark-type Pokemon in the game. It’s good for raids and PvP battles. It’s not necessarily the best option for either, but it’s definitely not just Pokedex filler. That means, unlike the Xerneas raid battle, you’ll actually have to try a bit when following this Yveltal guide.

This Legendary Pokemon hits hard with all of its same-type attack bonus (STAB) Dark attacks. Fortunately, its charge attacks don’t have the best coverage for Yveltal’s weaknesses. It’ll certainly hit Ice and Rock raid counters pretty hard with Focus Blast, but Yveltal can’t do anything against Electric or Fairy Pokemon.

That’s all there is to know for this Yveltal raid guide, including counters and weaknesses. Hopefully, this guide will help you take down at least one of these ‘mons so you can add it to your collection. And if you can do one, then you’ll want to keep going back for more. It looks like Yveltal might end up being a top-tier raid counter and PvP option.