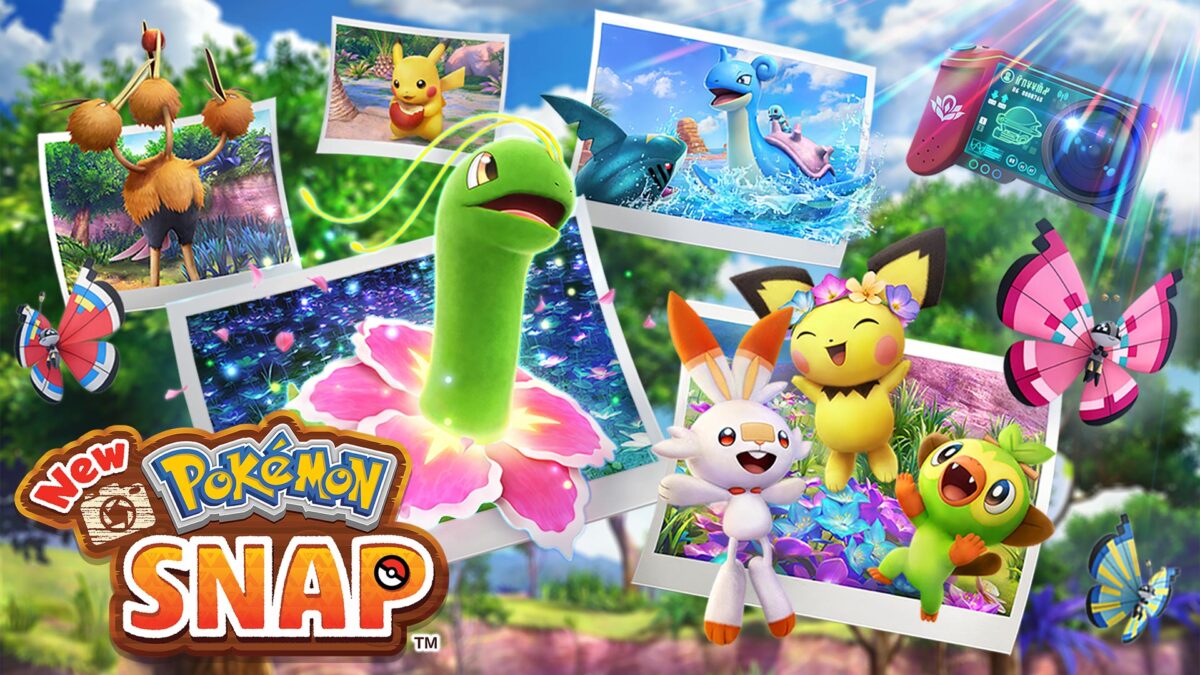 All Mythical & Legendary Pokemon & How to Find Them

The majority of legendary Pokemon can only be found post-game after you have completed the story and rolled credits. If you are having trouble finding any of these Pokemon, raise your research level on the course to at least level 3.

Xerneas can be found naturally during the main story of the game; specifically, it is the final Illumina Spot Pokemon. You will reach this Illumina Spot after discovering the Ruins of Remembrance.

Finding the Illumina Spot for Xerneas is a bit tricky as it involves using Illumina Orbs to light up all of the pillars on the course. You can read detailed instructions on how to do that right here. If you need help with how to photograph Xerneas, we’ve got you covered here.

Shaymin appears in its land form in a few places on Florio Island. The first place you might find it is sleeping in a bush in Florio Nature Park across from the lake. Later in the course, you can find it frolicking through the field of flowers with Pichu and Grookey.

Shaymin can also be found on the Florio Island Illumina Spot with Meganium if your research level is at least 2. You need to throw Illumina Orbs on the ledge right above the first tree in the course. If you do this, Shaymin will appear, and it will jump onto Meganium’s head for an amazing picture.

Mew returns in New Pokemon Snap after being the star and final boss of the original game. This time, you can find it in Founja Jungle at night.

When you start the course, immediately turn around behind you. You should see three Morelull walking in a line. Play a melody, and a pink orb will emerge and start floating towards you. You may need to turn back around when it flies past you.

You need to hit this orb with some Fluffruit. Doing this will cause Mew to appear but only for a brief moment. Snap a picture quickly, and you can repeat the process. If you can repeat it a few times, Mew will appear for a better shot later in the jungle, and it will eventually appear during the daytime as well.

Celebi is one of the easiest mythical Pokemon to find in the game, but it can be difficult to snap a good picture of it. After you beat the game, Celebi will appear in the final section of Elsewhere Forest no matter what season.

Upon entering the final section of the forest, you’ll see Celebi quickly fly through the air in front of you. It zips around trees a few times before disappearing into a void, so be ready with your camera for a good shot. It is recommended that you turn on Burst Mode to take several pictures in a row for the best chance at a centered photo.

Manaphy appears at the very end of the course Maricopia Reef in the evening. You need to take the branching path to the right above the rocks that leads to the group of Lapras.

As you approach the Lapras, your scan will inform you that other Pokemon enjoy Lapras’s singing. You need to hit the two closest Lapras with Illumina Orbs to get them to swim towards each other. When they are face to face, play a melody.

If you did these steps correctly, Manaphy will appear out of the water between them.

There are a few steps to follow before you can take a picture of Luigi. First, enter the Lental Seafloor course and take the branching path to the left through the tunnel that Clawitzer broke open for you earlier in the game.

Follow this path to when the NEO-ONE starts to descend deep into the water. You’ll see a Lanturn being chased by a Sharpedo. Hit the Lanturn with an Illumina Orb so it can escape the Sharpedo. A few moments later, after the giant Wailord passes you, you’ll see the same Lanturn being held captive by two Frillish. Poor thing can’t catch a break.

Throw one more Illumina Orb at the Lanturn to free it. It will be grateful, so it will swim down and show you a new branching path you can take. Scan to take the path.

You will find yourself in Lugia’s lair. It will be curled up sleeping, and you can take a picture of it like this. If you want a better photo, light up all of the Crystabloom flowers in the lair to wake Lugia up.

If you only want a quick picture of Ho-Oh for your Photodex, it’s very easy to find. At the very beginning of the Fireflow Volcano course, turn to the right until you see an opening in the wall. There’s a Charmander that you can just barely see the head of. In a moment, you’ll see a Ho-Oh flying through the sky above it.

There’s also a way to get a much better photo of Ho-Oh if you’re trying to get a four-star picture. First, take a picture of the Ho-Oh flying through the sky as mentioned above.

Then, you are going to need to find three rainbow feathers later in the course and throw Illumina Orbs at them to make them shine. Take the branching path to the right into the magma caverns.

The first rainbow feather is located in the tunnel to the left, opposite to the magma pool with the Charmander. The second one is hidden under a sleeping Torkoal that you need to wake up with a Fluffruit so it moves out of the way. The final feather is directly across from that near the Charmander, Flareon, and Torkoal that are playing together. Don’t forget to throw an Illumina Orb at each feather.

If you took the first photo of Ho-Oh flying and threw Illumina Orbs at all three rainbow feathers, a Ho-Oh will descent in the final cavern in the course. You’ll be able to get an excellent photo of it here, and be sure to snap one while it screeches for a four-star shot.

Suicune has a lot of steps to do before it will appear. It involves multiple branching paths.

First, you need to unlock a branching path in Shivering Snowfields during the day. In the beginning of the course, look to the left on top of the snow piles. You’ll see an Alolan Sandslash. Snap a quick picture of it before it burrows into the snow. In another snow pile up ahead you will see it again. Snap a second picture before it disappears.

The Alolan Sandslash will appear a third time on the path ahead of you. Watch as it digs a hole through a snowy wall, revealing an alternate route. Scan it to take this path. It will be a thick blizzard and you won’t be able to see much. Finish the course.

Now return to Shivering Snowfields at night and take the same branching path. This time, you’ll be able to see clearly. There are new Pokemon here, but make sure you throw an Illumina Orb at the Crabominable after it crosses over to the left side before it attacks the tree.

This will cause a Froslass to appear. Take a photo of it. It will become shy and fly ahead. You will then see it dig into yet another snowy wall. Scan it to follow this route. This leads into a beautiful icy cavern and then eventually an open water area.

In the open water area, you’ll see a Jynx riding on a swimming Avalugg to the right. It’s a bit far away, but you need to throw an Illumina Orb at the Jynx. If you manage to hit it, a few moments later a Suicune will run on top of the water past you. Be ready for a photo because it comes and goes within a few seconds.

Diancie is located in Outaway Cave. Take the branching path to the right towards the crystal room as the NEO-ONE descends down the cave.

Immediately upon entering the big room with the crystals, look down to the floor. You will see a Mawile and two Carbink standing together. Hit all three of these Pokemon with Illumina Orbs.

Doing this will make Diancie appear on the crystals to the right. It will emerge and react to your items so you can take better pictures.

Jirachi can be found on the final course, Ruins of Remembrance. At first, you’ll see a group of Eldegoss flying near the beginning of the course. Jirachi flies down and blends in with them.

For the best shot of Jirachi, do the steps above, then light up all of the Crystabloom flowers in the ruins and play a Melody. Jirachi will wake up and pose for a four-star photo.

Hopefully this guide helped you learn about all mythical and legendary Pokemon in New Pokemon Snap. Be sure to check out the New Pokemon Snap guide wiki for even more tips and tricks for making the most out of the game.