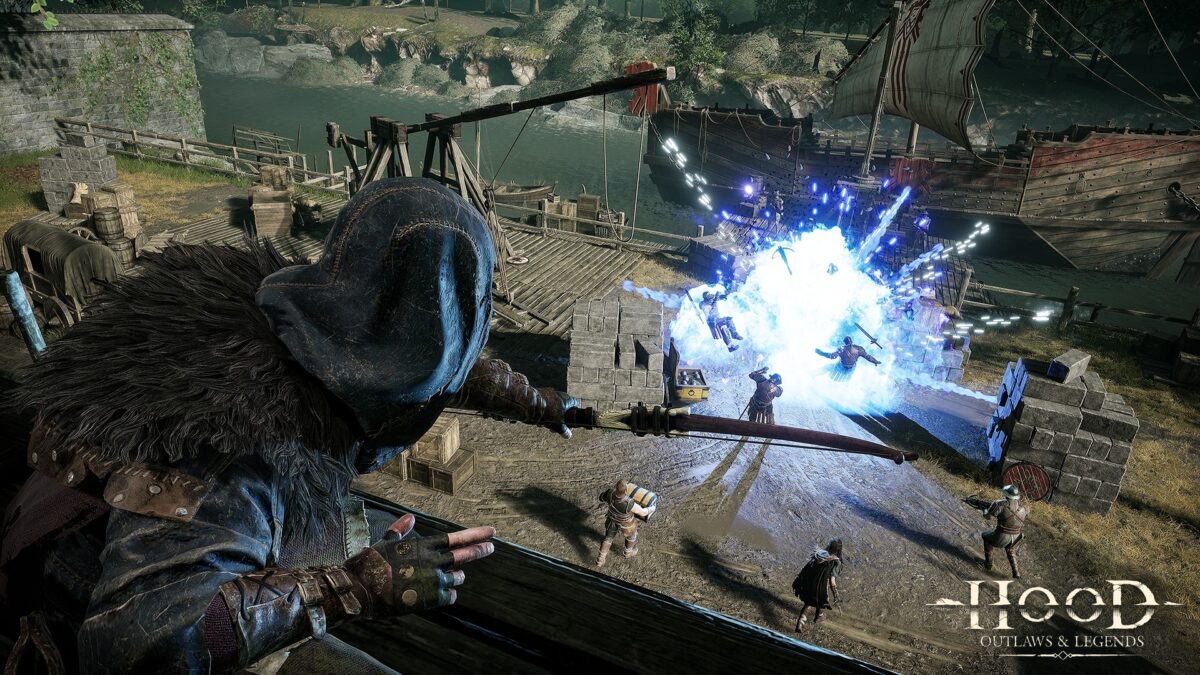 If you’ve been unclear on how to unlock weapons in Hood Outlaws & Legends, rest assured that you’re not alone. There are a bevy of different unlock requirements tied to getting new weapons, and if you’re just starting out, it won’t be as intuitive as the game makes it sound.

That’s why we’ve compiled this guide on the subject. Below you’ll find detailed instructions on how to fulfill each type of unlock requirement, and how these new armaments will impact your character.

How to Unlock New Weapons in Hood Outlaws & Legends

There are a few different ways to unlock new weapons in Hood Outlaws & Legends, and each method will require you to carry out different actions in the game. You can check what each weapon requires of you by interacting with the Weapons tent in your hub camp.

In general, though, you’ll need to either reach a certain Character Level, increase your Hideout Rank, or unlock a certain number of Legends.

Character Level is raised by competing in matches as any given character. At the end of each match, they’ll receive experience that’ll go toward a level-up. This is one of the easiest unlock requirements, as it only really requires you to play the game as the character for who you want to unlock weapons for.

Last but not least is unlocking Legends. This is easily the most time-consuming requirement, as each Legend is only unlocked after playing and winning 35 matches with any given character. Not only that but there are several Legends to unlock per character, meaning you’ll need to play hundreds of matches to unlock every weapon tied to each character’s story snippets.

Do Weapons Increase Your Characters’ Stats?

With all of this laid out, it’s probably worth noting that weapons don’t increase your stats in any measurable way in Hood Outlaws & Legends.

They’re purely cosmetic upgrades, and serve to show others what you’ve achieved in the game thus far. They won’t give you any outright advantages in matches, and you won’t be able to dominate matches thanks to them alone. As such, it’s up to you to decide whether or not taking the time to unlock these new weapons is worth it.

Hopefully this cleared up how to unlock weapons in Hood Outlaws & Legends. For more on the game, check out some of our other guides on topics like how to use Winches and how to change clothes and outfits.