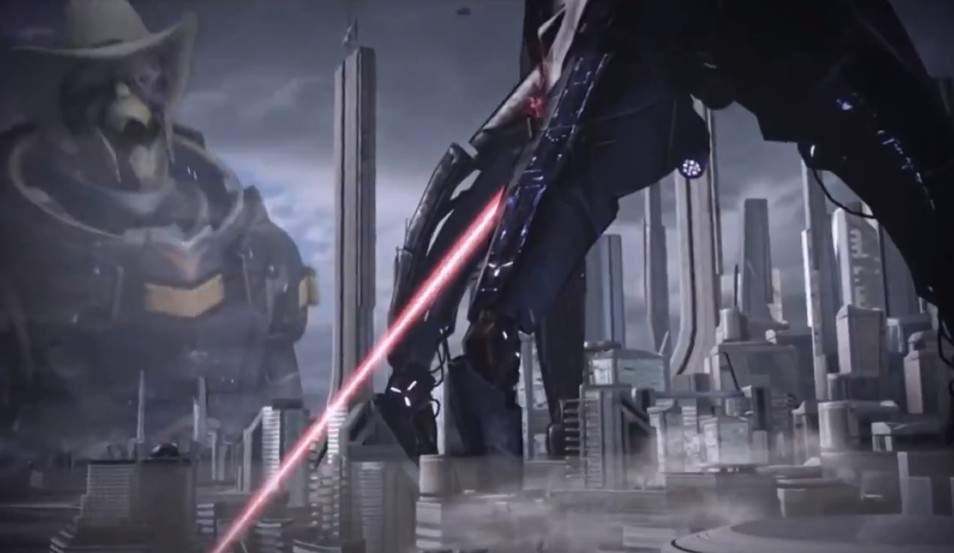 The day is finally here Mass Effect fans, as Mass Effect Legendary Edition has arrived. In this remaster, you’ll get to relive your favorite scenes from the trilogy, meeting squadmates, going on missions, and falling in love all over again.

It truly is an exciting day for fans of the series. Humans aren’t the only ones that are stoked for the game’s arrival, though, as even characters in the game are getting on board with the excitement, as you can see below.

Made earlier today by Twitter user Alex Haruspis, this video shows everyone’s favorite Turrian, Garrus Vakarian, excitedly screaming in the sky of various well-known Mass Effect locations with a cowboy hat on, though he sounds a little different than usual. Meme enthusiasts will recognize this format and voice as the Big Enough meme, which features a country singer high in the skying singing at the top of his lungs.

Making Garrus into the Big Enough meme is the perfect way to encapsulate just how excited fans are to get their hands on the game in its remastered format.

If you’re still looking for some Mass Effect Legendary Edition content, be sure to check out everything we’ve covered below. That includes the game’s most significant changes, the best classes, and what you need to know before starting.