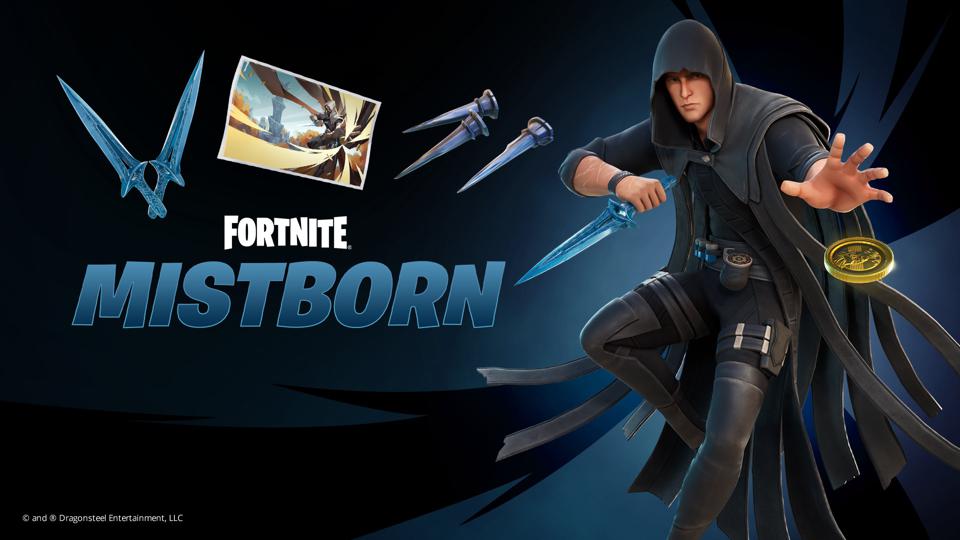 Fortnite has had tons of collaborations and crossover events in the past, but this latest one is certainly the most intriguing. Announced over the weekend, Epic and fantasy author Brandon Sanderson have come together for a quick Mistborn collaboration in Fortnite.

This collaboration comes in the form of a simple skin that players can unlock in the game, but it’s still completely unexpected, as you’d think that Epic would chase down more mainstream collaborative partners on the level of Marvel or DC as they’ve done previously. The new Kelsier skin in Fortnite is based off of Kelsier from the first book in the Mistborn series, who’s one of the key characters in that story.

The Kelsier skin also brings with it a new loading screen, as well as the Hemalurgic Spikes Back Bling and the Volcanic Glass Daggers Pickaxe in the in-game store.