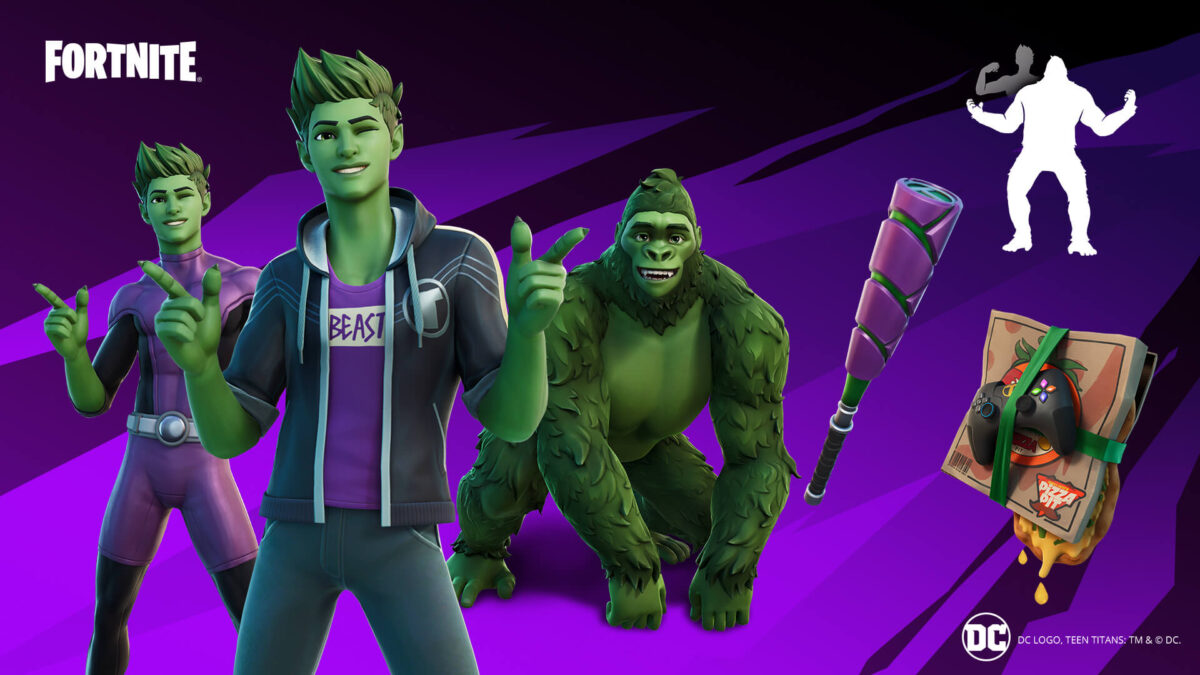 Epic Games announced on Monday that Fortnite players will soon be able to play as Beast Boy, the animal shapeshifter superhero of the Teen Titans, later this week.

The green superhero from DC Comics will be available from the in-game item shop starting on Thursday, May 13. The Beast Boy bundle will include his superhero outfit, a more casual Garfield Logan Style outfit, built-in Go Ape emote to transform into his gorilla form, the Beast Bat pickaxe, and the Couch Titan back bling which is a pizza box and a game controller tied together.

The items can be purchased separately or have a chance to unlock the outfit and back bling early through the Teen Titans Cup, a Duos tournament on Wednesday, May 12. Players who participate in the tournament will also receive the Beast Boy & Raven spray, and players who score at least eight points will earn the BBRae loading screen. The loading screen was created by artist Gabriel Picolo, who is the artist for the upcoming Teen Titans: Raven Loves Beast Boy graphic novel.

Beast Boy is the most recent DC character to come to Fortnite as Raven is included in the current Chapter 2: Season 6 battle pass and Batman Zero was added last week.