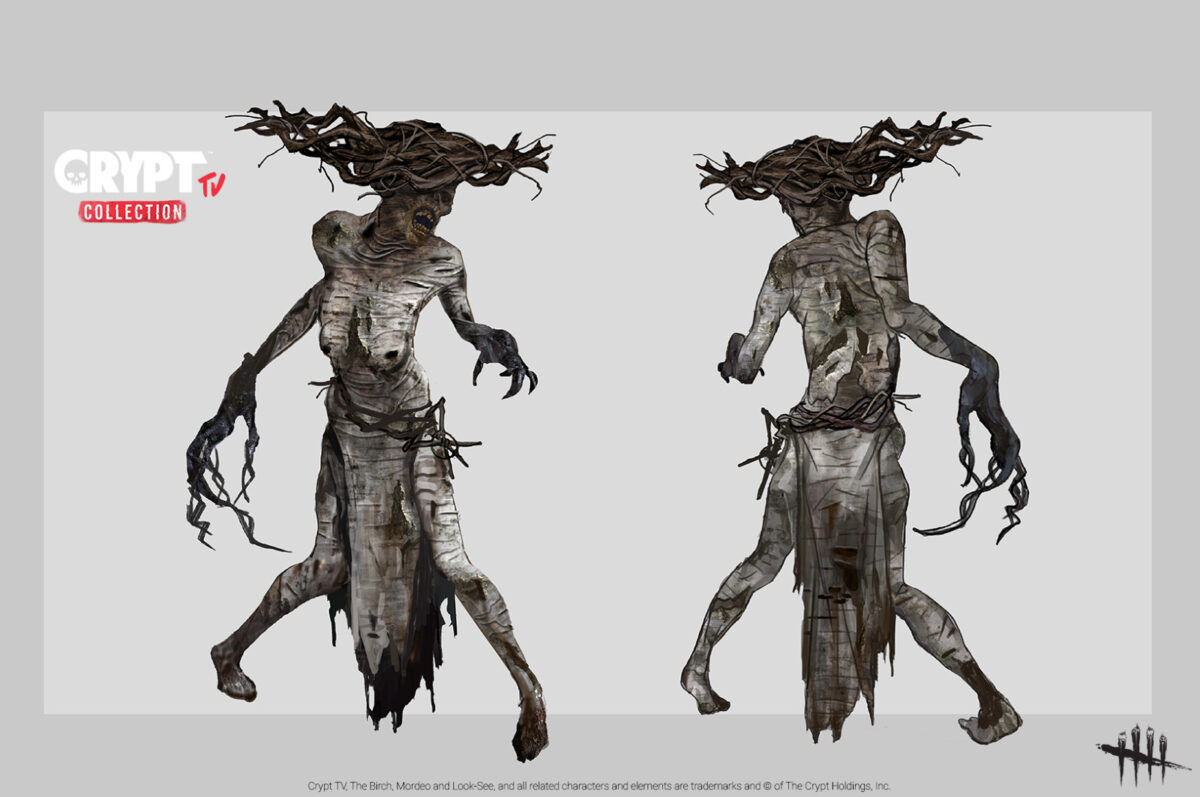 Developer Behavior Interactive has today announced a new partnership with Crypt TV to introduce three new outfits to Dead by Daylight available in the in-game store.

“Dead by Daylight is a labor of love, an homage to horror written by a bunch of passionate fans. We found the exact same thing at Crypt TV,” says Mathieu Côté, Game Director on Dead by Daylight. “The characters they created are so wonderful and upsetting, it was a perfect fit for the realm of the Entity. I know our fans will go crazy for the new collection CryptTV has brought to us.”

The three costume designs are as follows:

Below you can check out a gallery featuring images of all three.