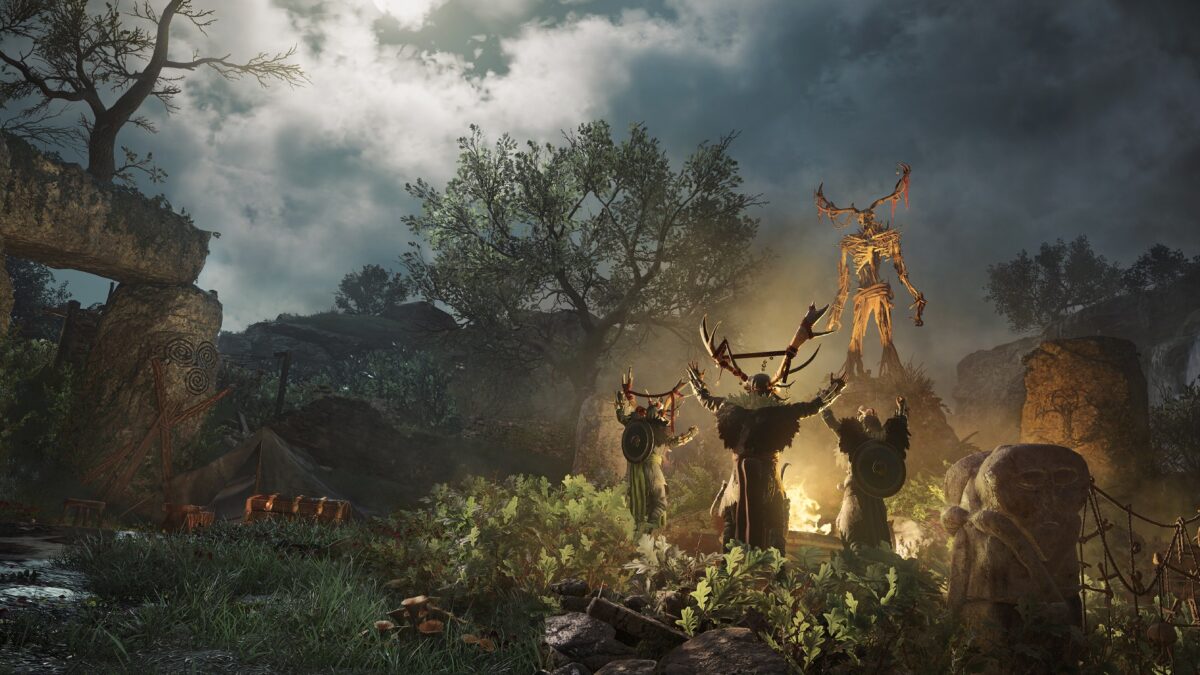 Assassin’s Creed Valhalla’s first major DLC expansion takes Eivor to the lush rolling green hills of Ireland where Christians and druidic pagans live uneasily side-by-side. That relationship explodes as part of the storyline’s big crescendo, and when the smoke clears it’s up to Eivor to make a vital decision. So, should you spare or kill Ciara in Assassin’s Creed Valhalla Wrath of the Druids, and which ending is better? Here’s what you need to know.

Should You Spare or Kill Ciara in Assassin’s Creed Valhalla Wrath of the Druids DLC? Answered

Whether you decide to kill her honorably or spare Ciara’s life determines which ending you’ll see as the storyline concludes, but honestly, it doesn’t really matter which you choose since ultimately both more or less result in the same outcome.

If you opt to spare Ciara then Eivor will suggest that Ciara destroy the stone so that it cannot be used again to harm anyone, which she will oblige. Later, Flann will apologize to her and they will be reconciled as he decides to stop the inquisition from happening (which is obviously why Ciara went crazy).

However, if you instead decide to give her an honorable death, Eivor will kill her and it is Flann who destroys the stone. Flann is devastated, but Eivor reminds him that this is what she wanted.

In both cases, you will finish the game by Barid’s grave back in Dublin and will then be free to continue with other side activities in the game.

Which Wrath of the Druids Ending is Better? Answered

If we had to choose an ending, we would go with the option to spare Ciara since there is a resolution to the situation that doesn’t involve somebody dying. More importantly, it’s only when you opt to spare Ciara’s life that Flann drops the absolute bombshell that he’s happy to drop the whole inquisition of the druid’s operation, which is a pretty important detail!

Again, though, whatever you decide to do has no bearing on your experience exploring Ireland after the story continues.

That’s everything you need to know about whether you should spare or kill Ciara during Assassin’s Creed Valhalla Wrath of the Druids’ ending. For more useful tips and guides on the game, be sure to check out Twinfinite’s guide wiki.