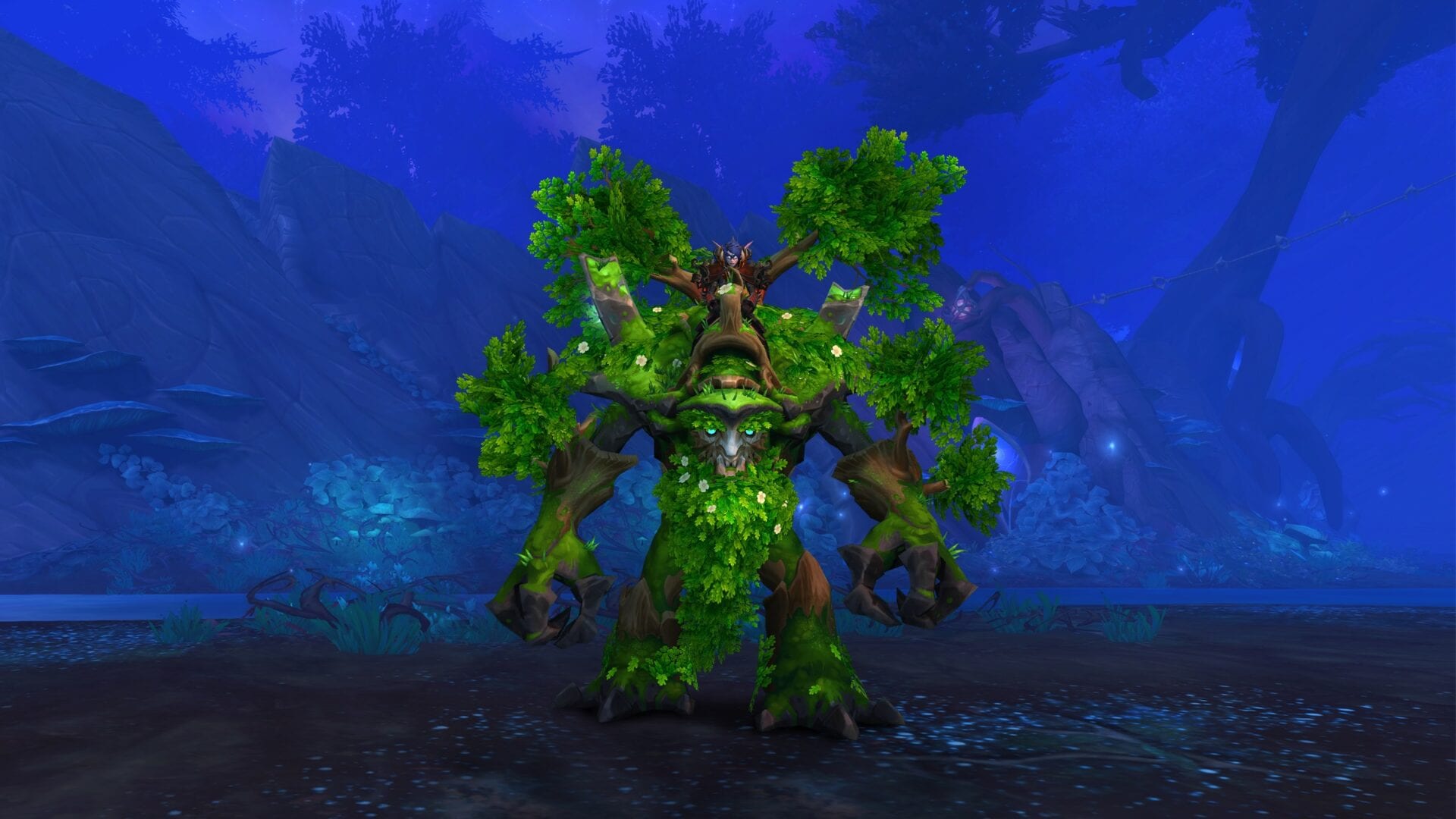 There’s a cool but unusual new mount available for players of Blizzard’s longstanding MMORPG to redeem, though only for those who are on board with its latest expansion. Here’s how to get the Wandering Ancient Mount in World of Warcraft.

How to Get a Wandering Ancient Mount in World of Warcraft

The Wandering Ancient Mount is the result of a collaborative brainstorm between Blizzard and various World of Warcraft communities across the globe to offer players a free mount following the launch of Shadowlands.

It is now available for all Shadowlands players to download, though as alluded to above, you’ll only be able to get it if you have purchased and downloaded the new expansion with your WoW account.

Once that’s all done, the Wandering Ancient Mount can be found in your Mount Collection tab, which is accessed by pressing Shift + P.

After redeeming it, you’ll be able to traverse Azeroth on the back of the mighty Ancient Mount, which changes colors depending on the season. It is described by Blizzard over on the game’s official website as follows:

Not all ancients are interested in war or lore, some just want to travel the world! This arboreal nomad has traveled to many places and with each passing season embraces change, both in scenery and in the foliage atop its branches.

If you’d like to hear more about the design and development of the mount then take a look at Blizzard’s trailer here.

That’s everything there is to know about how to get a Wandering Ancient Mount in World of Warcraft. For more information on the game, be sure to check out our coverage of a recent Q&A panel wherein the game’s creators touch on WoW’s future.

You should also seem related content below that may prove helpful. Otherwise, for any questions you have that we haven’t answered on the site, always feel free to reach out to us in the comment section below and we’ll do our best to lend a hand.