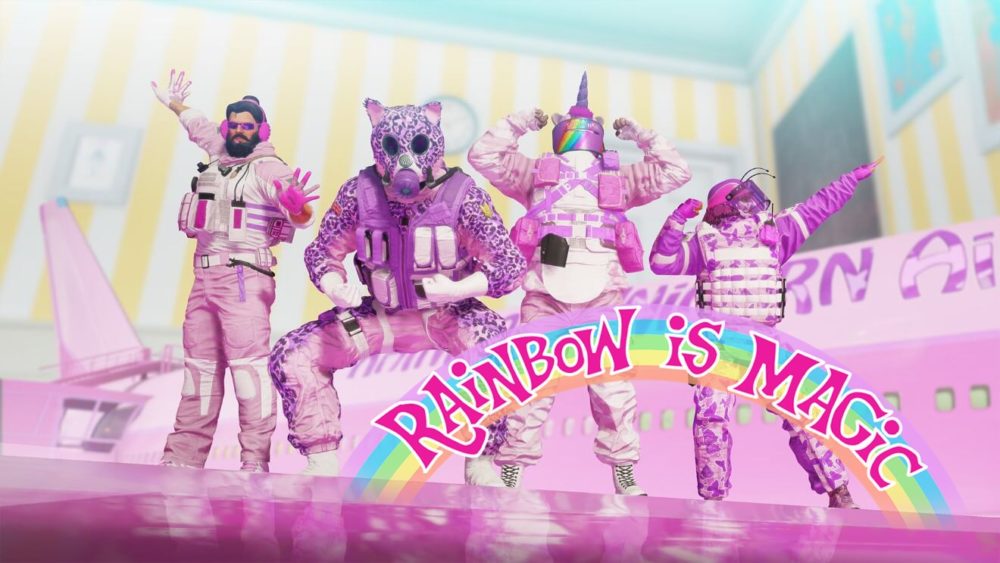 There are actually three different ways you can get Rainbow Is Magic packs while the event is running from March 31, 2021 – April 5, 2021, we’ve broken these out for your own convenience down below.

The first way you can get one of these Rainbow Alpha Packs is to simply log-in to the game while the event is running. All players will nab themselves a free pack, which will contain some of the 17 exclusive items that have arrived as part of the event.

The main way you can earn yourself these packs in Siege is to simply play the game. Specifically, play the game with the sole focus of completing Ubisoft Club challenges, which can be checked and tracked within the game itself.

By completing these challenges, players can earn themselves more free Rainbow Alpha Packs, enabling them to potentially nab the full set of exclusive items for free, if they’re lucky.

The final option you’ve got to get these packs in Rainbow Six Siege during this event is to simply purchase them from the in-game store. Each of these packs will cost 300 R6 Credits/ 12,500 Renown. You can buy bundles of them, including the complete collection! We’ve included the full price list below:

What Cosmetics You Can Get in Rainbow Is Magic Packs

For those wondering exactly what goodies lay waiting inside the Rainbow Is Magic packs, you can check out some of the goodies in Ubisoft’s New on the Six video down below, which was posted yesterday alongside the launch of the event.

That’s everything you need to know about these Rainbow Is Magic packs in Rainbow Six Siege in 2021. For more tips, tricks, and guides, be sure to search for Twinfinite.