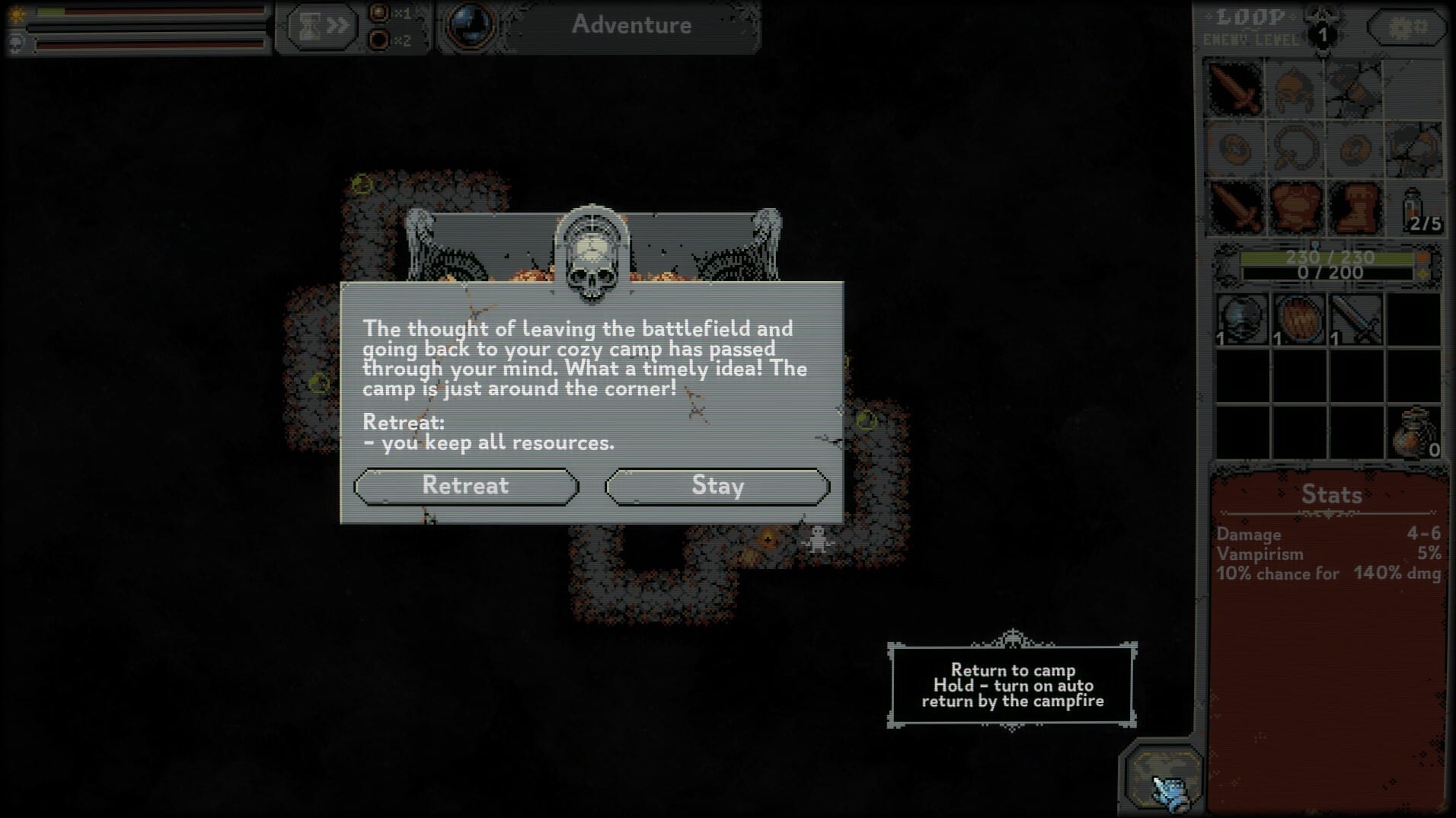 Each and every time you head out on an expedition, you’ll place cards down, take down enemies, and earn a bunch of resources as a reward for doing so. Sometimes, though, the loop can get too much and you’ll want to call it a day before you meet an untimely end. In this guide, we’ll show you how to return to camp in Loop Hero, so you can keep all those resources you’ve earned.

Your camp is essentially your home screen where you’ll be able to select your character, embark on expeditions and just generally take a break from the loop-based action. Not to mention returning to camp after a loop will see potions and other consumables refill, if you’ve got the Herbalist’s Hut and other structures built, of course.

How to Return to Camp in Loop Hero

To return to camp, you’ll need to click on the icon of the running man in the bottom right-hand corner of the screen.

When you click on this when you reach the end of a loop, you’ll keep all of the resources you’ve earned on that expedition.

On the other hand, if you’re on another tile away from the camp, when clicking the icon, you’ll only keep 60% of your resources.

If you die, you’ll be forced to retreat back to camp and will only keep 30% of resources earned in that loop.

We’d always recommend retreating and returning to camp in Loop Hero if you’ve got a good build but aren’t entirely sure if you can make it through to the end. It’s better to go slow and steady and beat the final boss in a new loop, rather than going for broke and losing a great loadout.

That’s everything you need to know on how to return to camp in Loop Hero. For more on the game, search for Twinfinite or see more of our Loop Hero coverage below.