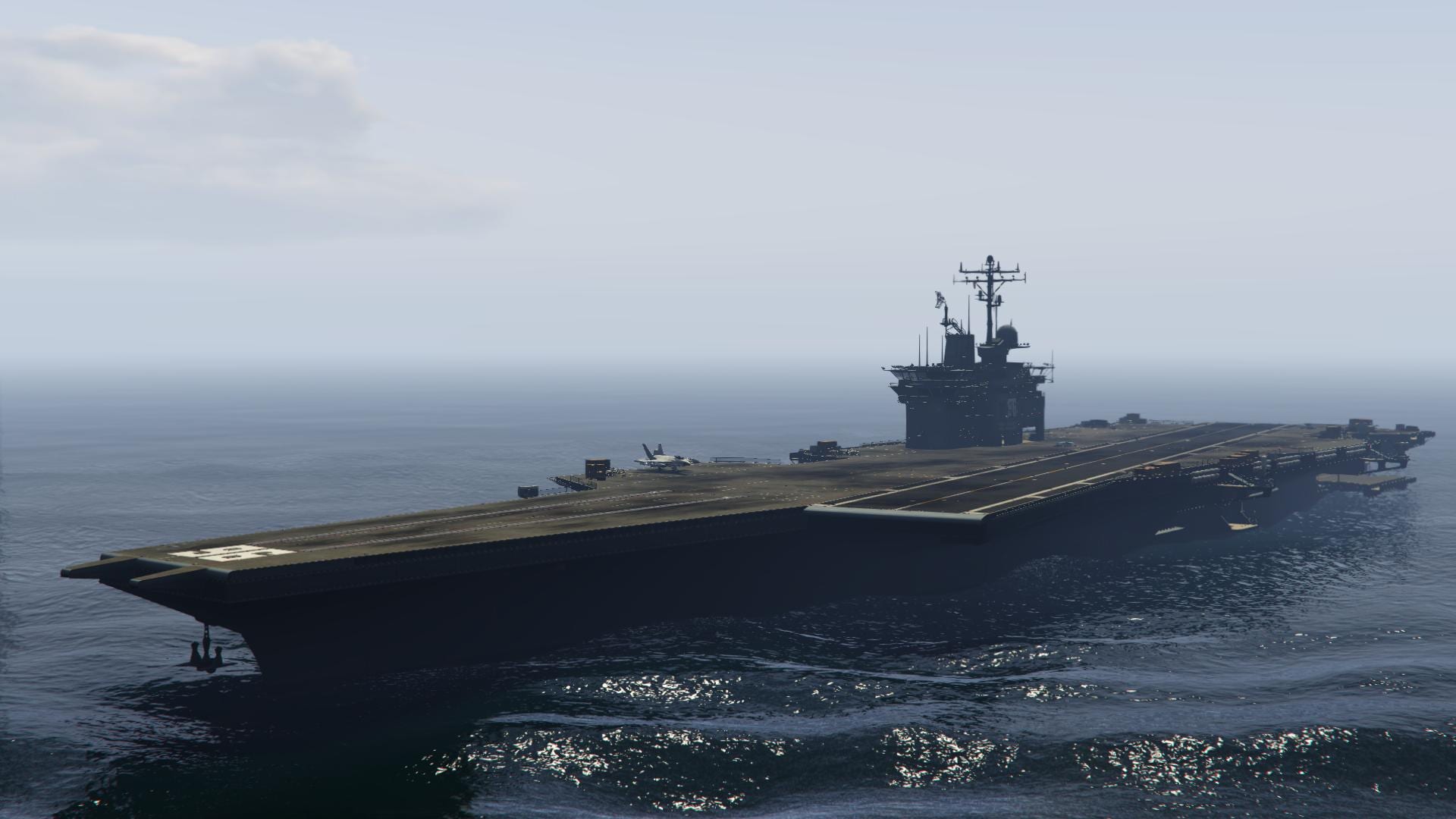 Grand Theft Auto Online has a plethora of vehicles and structures to unlock. Few, though, are as sought after as the USS Lexington – an aircraft carrier complete with planes to steal and space to cause chaos with friends. Getting the vessel to spawn can be tricky though, so we’re here to walk you through how to get an aircraft carrier in GTA Online.

Before going further though, it’s worth noting that you’ll need to have your game updated to at least the Los Santos Summer Special build to use all the methods we’ll list. If for whatever reason you’re playing on an older version of the game, download the most recent update and you’ll be ready for the steps laid out below.

How to Get an Aircraft Carrier in GTA Online

To start, you can’t currently purchase or unlock an Aircraft Carrier for your continued use in GTA Online.

Instead, you’ll have to use the one which spawns during certain missions and game types. These missions include the Humane Raid setup Heist “Humane Raid – EMP,” the Adversary Mode “Power Play” mission, and Business Battles available during Freemode so long as you have the Los Santos Summer Special update downloaded.

So long as any of these missions are active, the aircraft carrier will spawn in the southeast corner of the map, far off from the mainland. We’ve provided a screenshot with its exact location down below.

How to Get the Aircraft Carrier to Stay Spawned Longer

However, it’s worth noting that you won’t be able to fly back and forth between the carrier and the mainland during the first two missions listed in GTA Online.

Both of these missions will see you locked into going to the Carrier, completing a mission and then returning to the city. After that, the aircraft carrier will de-spawn unless you replay the mission it appeared in.

The Freemode option, however, will see the aircraft carrier stick around until you complete the Business Battle tied to it.

As such, you can keep it around as long as possible by making sure you and everyone else you’re playing with doesn’t transport the carrier’s cargo to their designated warehouse or nightclub. This will keep it around until the Battle’s time limit ends, after which it will de-spawn.

Can You Keep the Aircraft Carrier Around Permanently in GTA Online?

As for whether there are any ways to keep the aircraft carrier around permanently in GTA Online’s Free Roam mode, there are two methods available to you.

One is to utilize a glitch that leaves the carrier spawned in your world. This is done by choosing to replay the Humane Raid mission where the carrier appears, but then dropping out of the mission and returning to Free Roam after you’ve reached the betting menu. This will return you to Free Roam mode, but the carrier will still be spawned at the location shown above.

The other method is to download one of the mods made for the PC version of the game which keeps the aircraft carrier spawned in. Said mods can be found here.

Will Rockstar Ever Add in the Aircraft Carrier as a Permanent Location?

As for whether Rockstar might add the aircraft carrier as a permanent structure you can visit in GTA Online, it’s far from impossible.

The developer has added a number of features to the game since its launch. Likewise, they’ve made the carrier far easier to access in recent years, with it appearing for more missions than it originally did.

However, it’s worth noting that nothing about the carrier being a permanent structure in the game has officially been announced by Rockstar at this time. As such, you shouldn’t hold your breath for the carrier to stay spawned regularly any time soon.

That’s all there is to know about how to get an aircraft carrier in GTA Online. For more on the game, check out our coverage of the trailer for the game’s most recent content update, the Cayo Perico Heist.