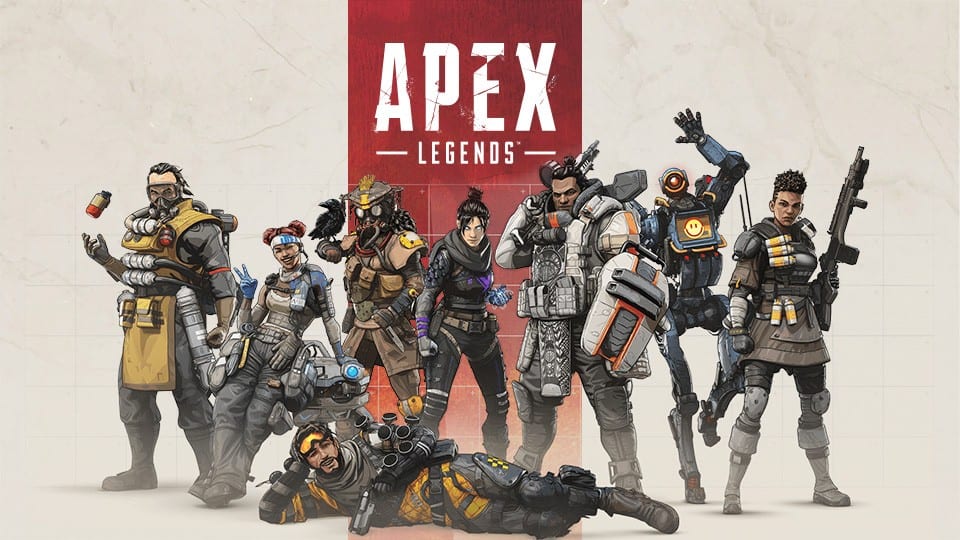 Since the start of Apex Legends over two years ago there have been many map changes done in order to keep the game fresh. Some of these changes are done by the Legends themselves and are known as Town Takeovers. Below is a list of every town takeover in Apex Legends, their location, and what makes them so unique.

Octane’s Gauntlet is located on King’s Canyon just across the crater from Salvage. The Gauntlet was the first takeover added to Apex Legends and, luckily, survived the destruction of Skull Town and Thunderdome. Octane’s Gauntlet is a large area covered with jump pads that work the same as Octane’s ultimate ability.

This location is a fast-paced area where movement is key to staying alive in a fight. For the more daring challengers, there is a flaming ring in the middle of the Gauntlet that normally carries a high-tier item for whoever can reach it first.

Singh Labs, also on King’s Canyon, is the takeover added during the Voidwalker event and is dedicated to Wraith. This takeover is located between Hydro Dam and Capacitor. The most noticeable thing about this takeover is that there is a large portal that squads can go through when jumping from the drop ship.

This portal will take the teams to the interior of the laboratory, where large quantities of loot wait. The portal also works in the opposite direction, providing a quick escape to any team that gets caught out while inside. This takeover was also used to tease both World’s Edge and Crypto.

The Mirage Voyage was the third Town Takeover added to Apex Legends, and is the only one that does not have a permanent location in the Apex Games. So far the Mirage Voyage has appeared on both King’s Canyon and World’s Edge.

While originally added for the Holo-Day Bash event, Mirage Voyage quickly became one of the most popular drop spots on World’s Edge. With a high density of loot in a small space, and cargo bots that can be broken open for high tier loot, wherever this ship appears is sure to become a hotspot.

The Voyage has also provided some entertaining backstory to Mirage. Two different recordings were found in the past, one from Mirage and one from his mother. The Mirage Voyage is not currently on any map in the rotation, having just left King’s Canyon.

Bloodhound’s Trials is an especially unique takeover because it adds PVE to the Apex Games. This Town Takeover can be found on World’s Edge, when it is back in the map rotation, right next to Skyhook. In this takeover there are three trials that players can complete to earn loot rewards.

The trials involve the spawning of Prowlers, not to be confused with the gun of the same name, that will attack the players. Once these creatures are dispatched a container with loot will open.

Completing each trial provides higher quality loot, with the third providing the best. As an added bonus, if you go to this location with Bloodhound you may get unique dialogue by interacting with different objects.

Crypto’s Map Room is a special location that allows players the ability to see the location of every squad on the map. This King’s Canyon location, which is found right next to Repulsor, features a large amount of loot both indoors and outdoors.

While not as popular of a drop spot as other takeovers, the utility of knowing where every squad is cannot be ignored. You will have to be careful though because squads are alerted when Crypto’s satellite becomes active so you are broadcasting your own position as well.

Fight Night is the first takeover to be added to the newest map, Olympus. This takeover is dedicated to Pathfinder and features a boxing ring that, upon entry, forces players to put away weapons and disables their abilities. Within the ring, you are only allowed to melee and it becomes an all-out brawl when multiple squads arrive.

Outside of the boxing ring, there is plenty of loot for those who don’t wish to test their mettle, but you will not be able to shoot any players within the ring from the outside.

This takeover was added around the same time the Fight Night short was released, giving us further information on Pathfinder’s backstory before he became an Apex Legend.

The latest addition to the Town Takeovers, having just been added with the Ring Fury limited-time mode, is Caustic’s Treatment. This takeover has replaced what once was Water Treatment on King’s Canyon.

What it has become is a testing ground for Caustic’s new experiment, in the guise of a way to clean up the pollution in the water. In this location there are pools of toxin that can be drained for high-tier loot, however, they refill overtime and create quite a threat to the unwary player. There is also a secret room in this location that only Caustic or Wattson can open.

Those are all of thecurrent Town Takeovers that can be found in Apex Legends. If you want to read more about Apex Legends be sure to check out the articles listed below.