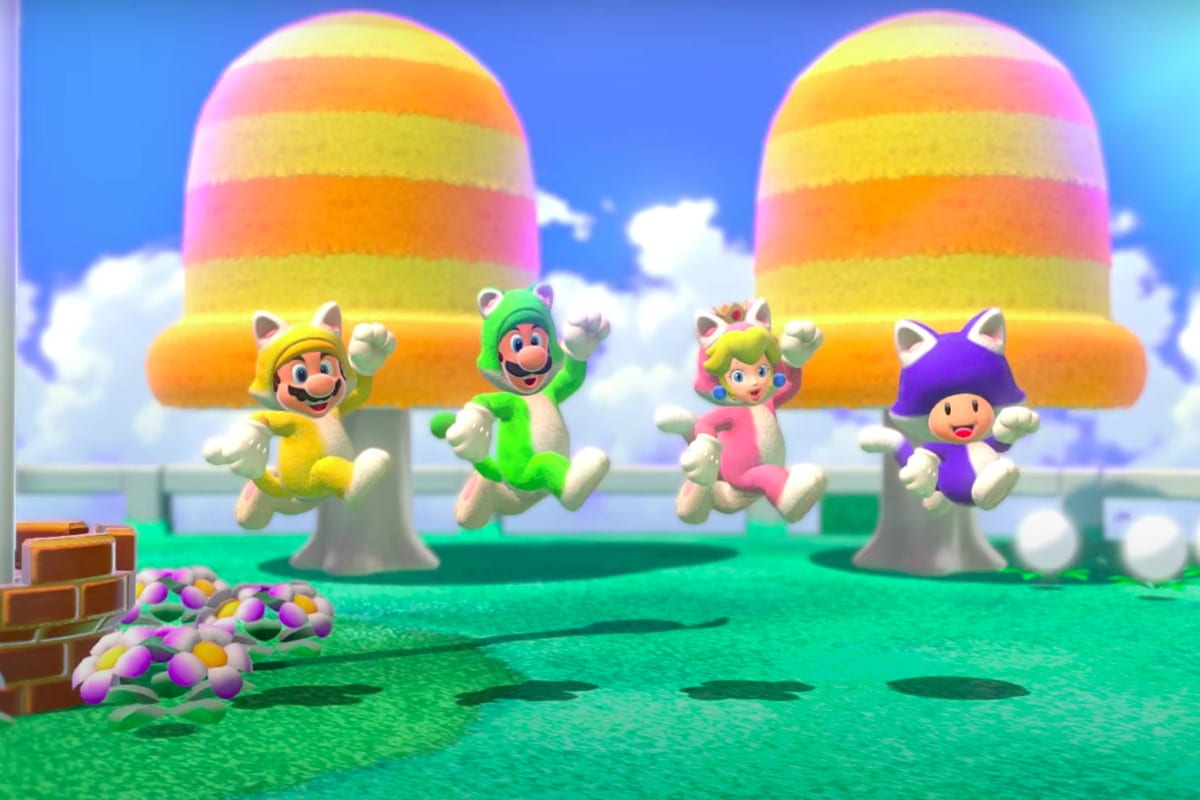 There are five characters you can use in Super Mario 3D World (including the unlockable Rosalina). These aren’t just cosmetic skins to help you distinguish who is who when playing co-op multiplayer with friends, though. Each character has their own unique abilities to make them handle that little bit differently. In this guide, we’ll explain the Super Mario 3D World character abilities, so you know whether to choose Mario, Luigi, Peach, Toad, or Rosalina.

It’s worth noting that some levels also contain switches that can only be activated/ hit with a specific character. For example, you might see a green switch with an L on it. This means that you can only jump on it as Luigi in order to trigger it.

These switches, as well as some tough-to-reach stars, mean that you’ll need to replay levels with different characters if you want to get every star on offer. Though, you don’t need to do this just to reach the ‘final boss’ fight against Bowser.

That’s everything you need to know regarding all Super Mario 3D World character abilities. For more tips, tricks and guides, head on over to our wiki, search for Twinfinite, or check out more of our coverage on the game below.