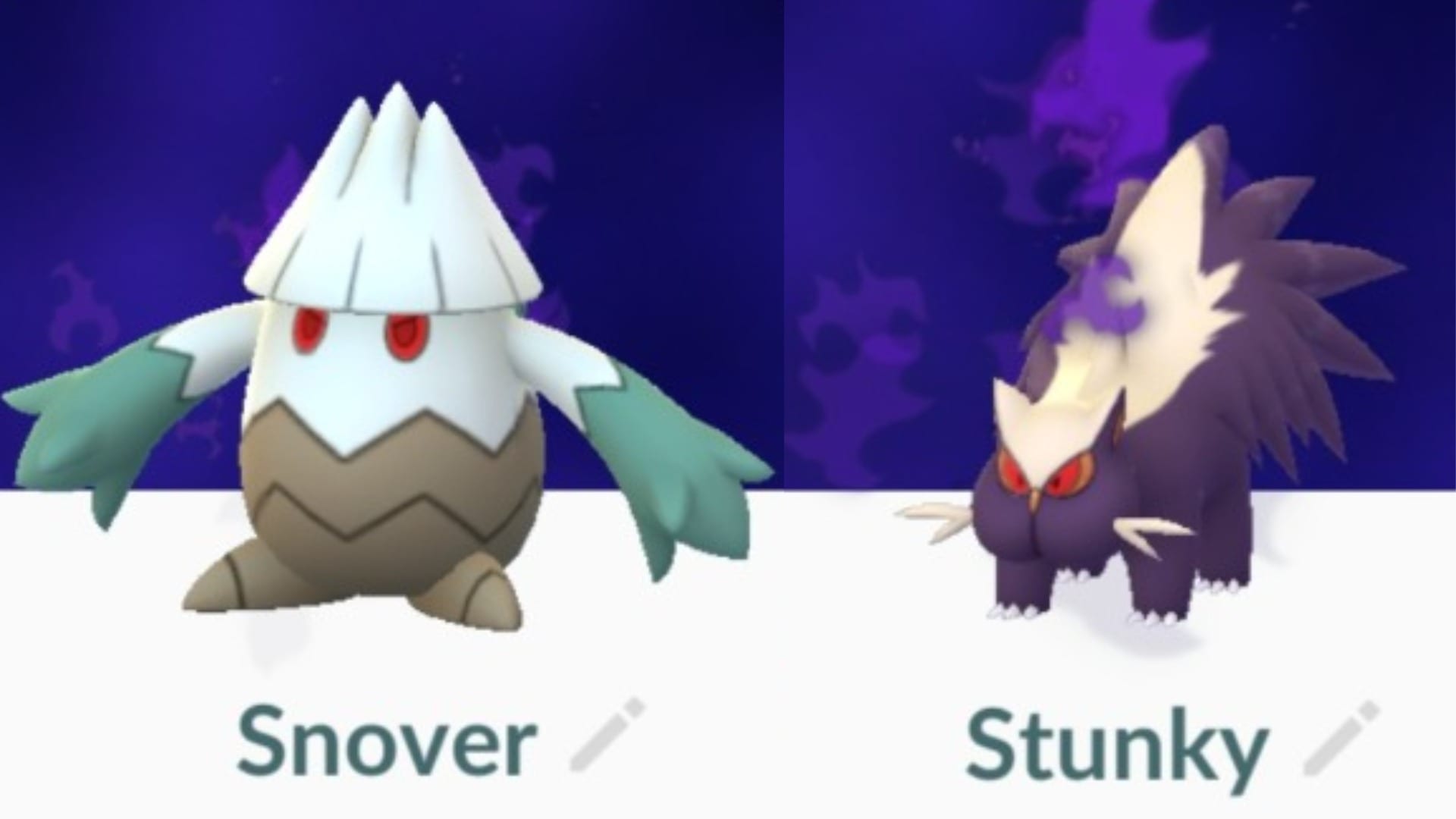 If you’re here right now, then you’re probably stuck on the Sinnoh Collection Challenge. All of the Pokemon on the list are relatively easy to find except for two. Here’s everything you need to know about how to catch Shadow Snover and Shadow Stunky in Pokemon GO.

How To Catch Shadow Snover & Shadow Stunky in Pokemon GO

The first thing you need to know about Shadow Pokemon is that they can only be obtained after a battle with a Team GO Rocket Grunt, one of the Team’s leaders, or Giovanni. After beating one of them in battle, you’ll get an encounter with their first or second (grunts only) Pokemon.

Any time that you see a black PokeStop that has been taken over by Team GO Rocket or one of their balloons in the sky, tap on it. As of right now, only female Team GO Rocket members will have Shadow Stunky or Shadow Snover in their team.

Before starting the battle, you’ll want to pay attention to the line of dialogue that appears on the screen before you choose your Pokemon. Check out the table below to see what dialogue corresponds with the Shadow Pokemon you’re looking for.

If you run into a Grunt that has any other line of dialogue at the screen with the Battle button, then just skip past them since they will not have either a Stunky or Snover.

Dark-type Grunts can have Stunky, Sableye, Skuntank, and Shiftry. Make sure you have at least one good Ground-type and one good Fairy Pokemon. The third one is up to you, but those first two should be all you need to take on the potential opponents thrown at you.

Ice-type Grunts can have Snover, Abomasnow, Lapras, and Cloyster. This team is much more formidable than the Dark Grunt’s, but it’s should still be relatively easy with powerful Fire and Electric Pokemon on your team. Again, use the third slot for whatever you want.

If you beat the Grunts without a single Pokemon on your team fainting, then you’ll get nine Premier Balls to catch Snover or Stunky. If any of your team gets KO’d, then you’ll get one fewer ball for each. You may want to use berries to help you catch them since you’ll only have a small number of ball throws.

That’s all there is to know about how to catch Shadow Snover and Shadow Stunky in Pokemon GO. If you want to find more guides for this game, then just check out our Pokemon GO Wiki Guide.