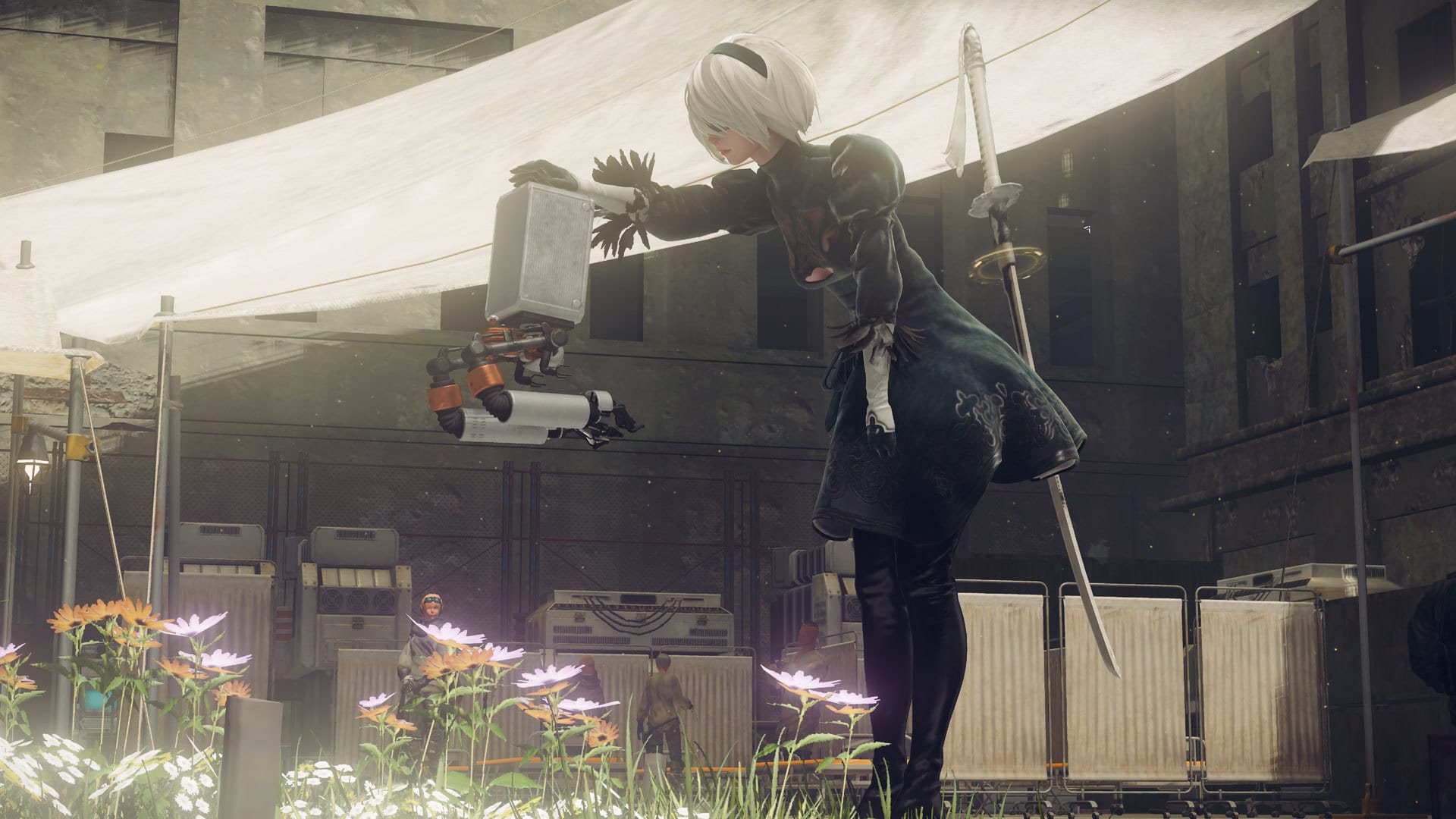 It’s been more than three years since the original release of Nier Automata on the PS4, and players have only just unearthed the game’s final secret, which was teased by game director Yoko Taro years ago. While it’s certainly taken quite a bit of time for this secret to finally be uncovered, it’s actually quite simple to execute. Here’s how to use cheat codes to skip to the end of the game in Nier Automata.

Do be warned that this article does contain spoilers about the nature of the true ending of the game, Ending E to be specific. So if you haven’t beaten the game in its entirety and don’t want to be spoiled, look away now.

Using Cheat Codes to Skip to the Ending in Nier Automata

As you probably know by now, Ending E in Nier Automata presents you with a choice: to either keep your save data and all the items and equipment you’ve unlocked so far so you can keep playing, or sacrifice all of your game progress to help other players make it past the punishing bullet hell segment you just went through to beat the game.

Erasing your save data is a painful choice as you’ll be losing everything you’ve earned up to this point, including the ability to jump between story chapters and messing around in the Debug Room.

However, with this cheat discovered by dataminer Lance McDonald, you can immediately skip to the very end of Ending E again where you get to make that decision about your save file. By choosing to keep your save file, you’ll have access to the chapter select options, the Debug Room, and the post-game bonuses.

To use the cheat code, you need to start the game from the very beginning. After making it past the shooter section in the prologue, continue playing until you encounter the first boss, Marx. This is the fight where the game introduces the pod program mechanic to you.

After defeating Marx, 2B will have a conversation with 9S. Once the conversation is done, this is your one and only chance to activate the cheat code. If you continue progressing to the next combat encounter, you will not be able to use the cheat.

After talking to 9S, head to the back of the boss arena and stand between the two sets of three barrels as indicated in the screenshot down below.

Then, while holding down the R2 button, input the following commands: up, down, up, right, left, square, circle, triangle, X.

This also works on Xbox by holding down RT and pressing the buttons: up, down, up, right, left, X, B, Y, A.

After you’ve input the commands correctly, the game will automatically load up the ending for you where you get to make the critical decision.

We’ve tested this on both PS5 (with the PS4 version) and PC, and can confirm that the cheat code works.

That’s all you need to know about how to use the cheat code to skip to the end of the game in Nier Automata. Be sure to check our guide wiki for more tips and information on the game.

Best Square Enix Games to Play Right Now
SINoALICE: How to Get 2B
5 Games Like Final Fantasy 7 Remake If You’re Looking For Something Similar