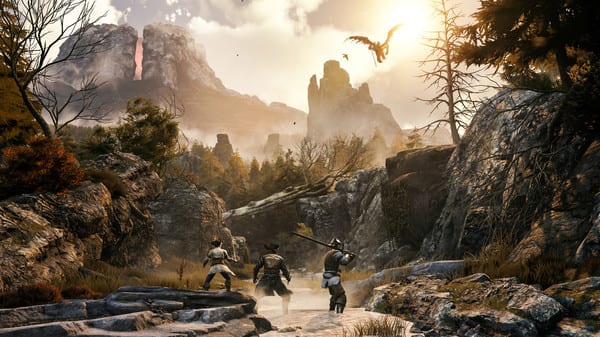 Greedfall features a lot of cool systems you can use to help you avoid combat, including one based entirely around disguises. It seems that one wardrobe, in particular, is more difficult to find than others in the game though, as players are dying to know how to dress up as a Naut. Here is everything you need to know about how to disguise as a Naut in Greedfall.

The disguise system in Greedfall is pretty straightforward, as it just requires you to wear a piece of torso armor from a specific faction. When you have this armor equipped, members of that faction acknowledge you as one of their own, letting you into otherwise restricted areas.

While getting your hands on as many disguises as possible in Greedfall is never a bad idea, most want to get their hands on a Naut costume in order to complete the Coin Guard Merchandise quest. Doing so allows you to avoid fighting a bunch of soldiers on their own turf.

How to Disguise as a Naut in Greedfall

You have two options when it comes to getting your hands on this costume: Storeroom and Harbormaster’s Office.

If you choose the Storeroom option, head toward the bottom left and you’ll see three doors. Directly to the right of them you’ll find the storeroom. Note that this is also the area you go to when searching for the missing Cabin Boy.

Head into the Storeroom and open the chest to find the Naut disguise.

If that option isn’t working for some reason, or you just want to explore, the Harbormaster’s Office also has a chest with this costume in it. To get your hands on this one, you do need to sneak into the office, located on the east end of the docks.

Once inside, avoid the guards and head to the second floor. When you reach the top of the stairs, turn around the handrail and enter the room in the back and you’ll find the chest with the Naut disguise in it.

How to Disguise as a Naut in Greedfall:

That is everything you need to know about how to disguise as a Naut in Greedfall. For more help, be sure to check back to Twinfinite.