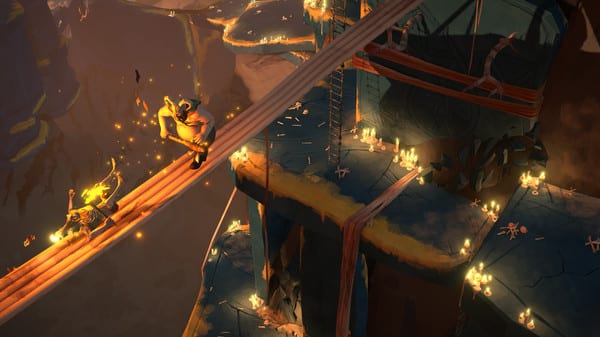 In Gods Will Fall, it is up to eight warriors to defeat the gods that are terrorizing their world using only what they have in their possession. One by one, they must survive dungeons and defeat the gods guarding them in order to succeed. Anyone who fails risks being trapped forever. Here is everything you need to know about how to save trapped warriors in Gods Will Fall.

Whenever a warrior fails to complete the dungeon they set out into, they will be trapped. Failure with the option to save characters occurs when vigour runs out when fighting an add or by falling off the map.

This can happen to multiple warriors at once, either in one dungeon or multiple, and is indicated on the map.

How to Save Trapped Warriors in Gods Will Fall

In order to save the warriors trapped in the gods’ domains, all you’ll need to do is clear the dungeon with another character. Do this once and you’ll save every single character that was trapped.

For example, I lost seven of my eight warriors to Boadannu while I was still getting the hang of things. When my eight warrior finally managed to clear it, everyone was saved.

The most important thing you need to know about saving warriors is that it seems they can just outright die if they fall in battle by the god’s hand. Every time I was able to save a warrior, it was either because their vigour ran out when fighting an add or they fell off the map.

Now that you’ve saved all of your friends, your journey to defeat the gods will have that much more chance to succeed.

That is everything you need to know about how to save trapped warriors in Gods Will Fall. If you’re still looking for more tips, tricks, and FAQs, be sure to search Twinfinite for more helpful guides about the game.