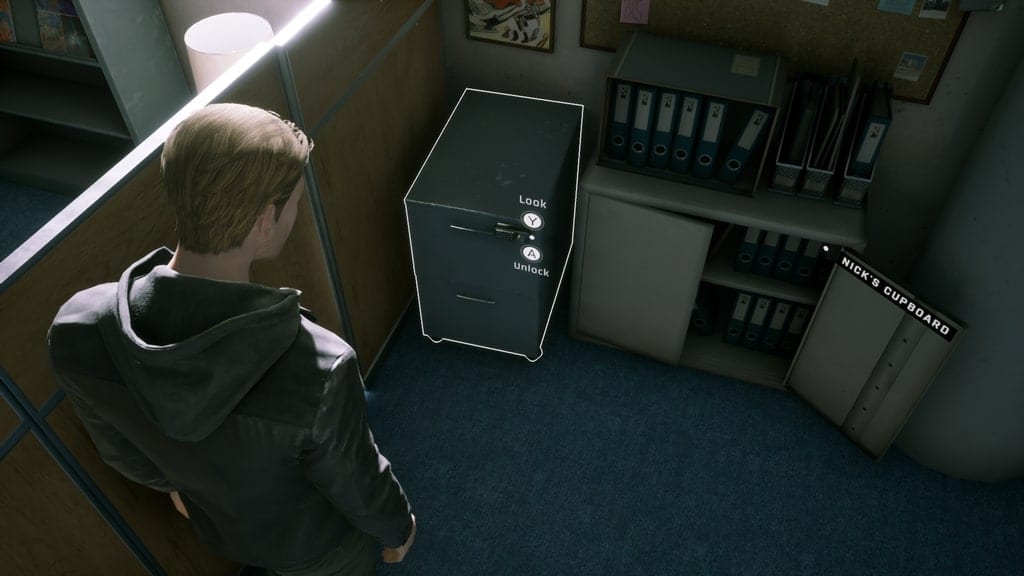 As Sam Higgs looks to investigate exactly what went on after Nick’s Wake in the opening stages of Twin Mirror, he’ll find himself in the Basswood Jungle — the local newspaper. In order to establish exactly what happened within the office, Sam must search the various desks of his former colleague, one of these being Nick himself. Within Nick’s little office corner, you’ll find an archive cabinet in the corner, but it’s got a four-digit combination code you’ll need to crack.

To cut right to the chase, the combination is 3121. Walk over to the archive and enter this code in and Sam will bust it open and be able to read the files of the case that Nick was working on before his death.

If you’re wondering how we found the Basswood Jungle archive combination code, we’ve explained it down below.

First off, you’ll want to head towards the entrance of the Basswood Jungle, where you came in. In this open reception area to the left, you’ll find a diary on the coffee table.

Interact with this and you’ll see Joan “Bug” Waldron had been scrawling all over the inside of it. Conveniently, she’s also noted the archive combination code — 3121 — in huge red digits.

Then it’s simply a case of walking over to the archive and entering the code. As far as we can tell, this remains the same for all players, but if 3121 doesn’t work for you, go ahead and check the diary to see what Joan had written down.

By examining the files within the archive, you’ll successfully tick off your objective of examining Nick’s desk and can progress the story.

That’s everything you need to know on the Basswood Jungle archive combination code in Twin Mirror. Check out more of our coverage on the game below.