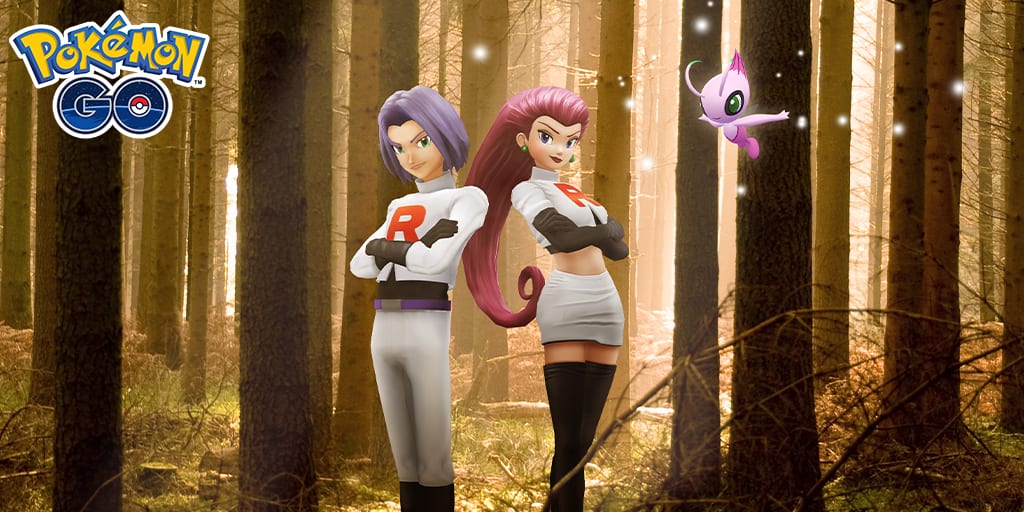 The devious duo of Team Rocket’s Jessie and James have made their way into Pokemon GO. And they can be big pushovers if you know what they have in store for you. Here’s everything you need to know about how to find and beat Jessie and James in Pokemon GO.

How To Find & Beat Jessie & James in Pokemon GO

Just like in the anime, Jessie and James are hardly the toughest members of Team Rocket. They have a couple of decent Pokemon, but nothing that should overwhelm an experienced trainer. And the first step is finding this turpitudinous twosome.

Also, keep in mind that these balloons only appear during specific events. Keep your eye on the Today menu to see if Meowth balloons are active. Even if they are, there’s no certainty that they’ll appear if they don’t have an increased spawn rate over regular balloons.

First Battle (vs Scyther)
Your best bet for this battle is going to be a good Rock-type attacker. Just come out the gate with a solid Rhyperior and you’ll make short work of this Pokemon. Other Pokemon will work as long as they have a good Rock charge attack like Stone Edge or Rock Slide.
Best Counters: Rhyperior, Rampardos, Alolan Golem, Terrakion, Melmetal

Second Battle (vs Ekans)
You can keep your same Pokemon in for this one. But if you want to take out Ekans quickly and be ready for the next battle, then a Ground-, or Psychic-type counter is the way to go. You may not even need to use charge attacks.
Best counters: Rhyperior, Jirachi, Excadrill, Mewtwo, Groudon

Third Battle (vs Stantler)
Team GO Rocket Leader Cliff used to have a pretty beefy Stantler and the one Jessie uses is no slouch either. This may be the only Pokemon that gives you some trouble. If it has Tackle, then you’re fine to use a Fighting-type. But Zen Headbutt will make short work of Machamp or Conkeldurr. Your best bet is to find a ‘mon with Fighting-type moves that isn’t a Fighting Pokemon.
Best Counters: Bisharp, Cobalion, Escavalier, Rhyperior, Regirock

Second Battle (vs Koffing)
So far, Jessie and James seem to have a common taste in Pokemon types. You already know how to take on Poison-types from the battle against Ekans. Don’t expect anything to be too different here. Stick with what you know works.
Best Counters: Rhyperior, Jirachi, Excadrill, Mewtwo, Groudon

Third Battle (vs Grimer)
Congratulations on making it to James’ last Pokemon. Grimer is not much stronger than Koffing. Just keep using the same Pokemon in that battled Koffing. And if you have a charged attack or two at the ready, then they should make short work of Grimer.
Best counters: Rhyperior, Jirachi, Excadrill, Mewtwo, Groudon

That’s all there is to know about how to beat and find Jessie and James in Pokemon GO. Make sure you use your strongest Pokemon and claim victory. Don’t take these opponents lightly just because they have unimpressive teams on paper.