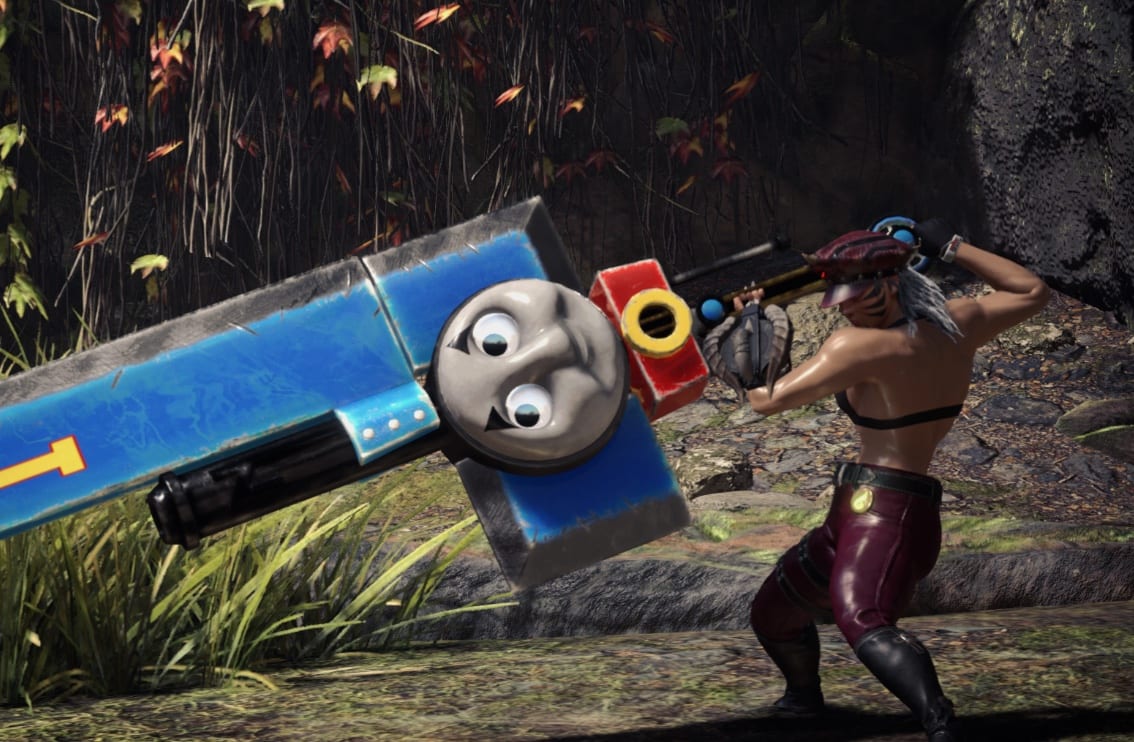 This mod from LyraVeil over on Nexusmods is a sizable DLC-like expansion that adds an entirely new monster from Bethesda’s Doom franchise and also adds Doom-inspired designs for armor, weapons, and Palico’s.

If you’re tired of fighting the same monsters over and over again, make sure to try out this mod, which you can download here.

This mod looks incredibly ridiculous and has certainly given me a good chuckle this morning, which is absolutely why you should download it.

As you can tell, this wild mod from Akinsuka adds in a new texture for Fatalis that replaces its normal design with Spyro the Dragon’s. Or, as Akinsuka calls it, Spyro the Fatalis.

Devil Trigger! No, this mod doesn’t bring in that jam of a song into Monster Hunter World, but it does bring Nero’s outfit from Devil May Cry 5, which looks absolutely sick.

It replaces the male Harvest layered armor and you can download it here.

Any of your Switch Axe weapons will be replaced with Thomas the Tank Engine –do we really have to explain anything else?

For the hardcore Yu-Gi-Oh fans out there, we have quite the mod package for you. MUQEx’s mod replaces the Female Direwolf Layered Armor with the iconic Dark Magician from the card game. The mod also changes Fatalis to Red-Eyes Black Dragon, which is neat.

If you’re looking for even more Monster Hunter mods, make sure to check out our lists from September and October.