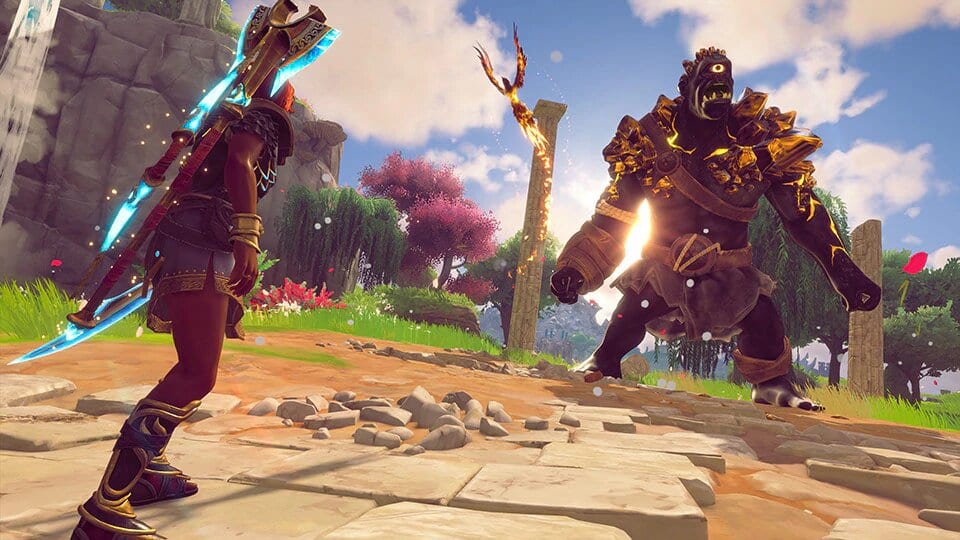 Launching just a few weeks after the PS5 and Xbox Series X, Ubisoft has released a brand new IP for players to sink their teeth into. Immortals Fenyx Rising is set in a beautiful fantasy world, so it’ll look great on your new systems. However, how much better will they look than on the older consoles? Well, to get a better idea of that, here’s everything you need to know about whether Immortals Fenyx Rising is PS5 and Xbox Series X enhanced.

The short answer is yes, the game does have some enhancements on PS5 and Xbox Series X. It’s also worth noting that both games can be upgraded from the last-gen to next-gen versions at no extra cost if you pick the consoles up at a later date.

With the PS4 or Xbox One versions, you’ll be able to download the PS5 or Series X versions right away, by inserting the disc you have or downloading the new version off the store.

Below, we’ll break down the upgrades on each system, as detailed by Ubisoft.

The Xbox benefits are somewhat as you’d expect, without there being anything special. You will be able to play in 60 frames per second and in “4K ultra high definition resolution” on the Xbox Series X. It’ll also support Dolby Atmos spatial audio technology to increase immersion.

Also, as you’d expect, you’ll be able to get around the world really quickly thanks to “incredibly fast load times.”

The enhancements are a bit more substantial on the PS5. Not only will you experience rapid load times and “stunning 4K graphics” in 60 fps, but the next-gen version of the game also takes full advantage of your new controller.

You’ll be able to “feel the environment like never-before thanks to the Tempest 3D Audio engine and PS5 DualSense haptic feedback,” with bows, different swords, and flying all feeling different.

That’s everything you need to know about whether Immortals Fenyx Rising is PS5 and Xbox Series X enhanced. For more tips and tricks on the game, be sure to search for Twinfinite.