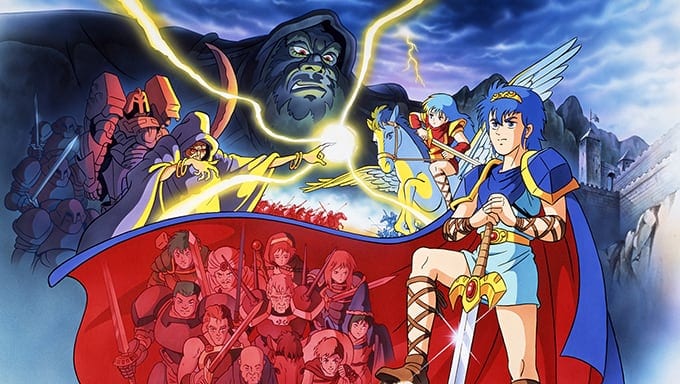 The thing about playing a port of a thirty-year-old game like Fire Emblem Shadow Dragon and the Blade of Light is that it doesn’t have the gameplay nuances that have been improved upon with the series’ more recent entries.

While this Fire Emblem is a great game and port in general, it doesn’t do the best job of explaining gameplay and its mechanics to the player. So if you need help to understand some basic features, here are tips and tricks for Fire Emblem Shadow Dragon and the Blade of Light.

Despite being a staple of the Fire Emblem series, the weapon triangle did not originate from the first game in the series. While there are the typical sword, lance, and axe weapons, you don’t get bonuses for using one weapon over another.

They do, however, have different stats from one another. Swords are the weakest but more accurate, lances are stronger but less accurate, and axes are the strongest but the least accurate.

While keeping this in mind, don’t fool yourself into thinking using one weapon against another is beneficial. But you should keep in mind that bows are very effective against fliers. So use your archers against fliers and keep your fliers away from archers.

Use the Map To Your Advantage

There are multiple ways to make your units utilize the great map design of this game. While this first tip may seem obvious, you should carefully choose where you place your units on the map.

The best way to do this is to bottleneck enemies. Since Fire Emblem uses a grid-based system, you can easily block one simple square on the map and have enemies forced to attack you one unit at a time. This is much better than taking on 4+ enemies that can surround and easily kill your unit.

Using a high defense character like Marth or Draug to do this is your best option, as they can hold out for multiple turns without needing to get healed.

Terrain is a very important aspect of every Fire Emblem game as it can give you a much-needed edge in fights. It will give any unit standing on a certain terrain type an avoidance boost.

Terrain types suck as forests and forts are common in most maps in Shadow Dragon and the Blade of Light, and provide an extra fifteen and twenty avoidance bonus. Use these accordingly and fights will be much easier.

But be wary of bosses though, since they almost always stand on the “gate” terrain type. This gives them an extra thirty avoid and regenerates their health. Bosses always have much better stats than common soldiers so the added avoidance bonus will make them a lot harder to deal with.

While you should always play games the way you want, if you want to makes things easier for yourself in Fire Emblem, prioritize using mounted units. This includes cavaliers, paladins, pegasus knights, horseman, and dracoknights.

Movement is so important in Fire Emblem games and all of these mounted units have excellent movement, especially flying units that can cross mountains and water easily.

While certain terrain types will hinder horse units, it’s only a minor annoyance. Being able to get across a battlefield in just a few turns is incredibly beneficial. The maps of Shadow Dragon and the Blade of Light are quite big, but mounted units make them a cakewalk.

You’ll find yourself needing to get to certain characters, rushing to villages to save them, or swooping in to save one of your units in trouble quite often. So we recommend dumping a large portion of the EXP you get at the beginning into characters like Jagen, Cain, Abel, and Caeda.

Promoting your units is one of the best aspects of Fire Emblem and is a great tool to make your characters better. Sadly, not every class in this game can promote.

Classes that cannot promote are-

This is why back in our ‘which characters you should use‘ guide, we recommend units like Cain, Abel, Hardin, Caeda, and Merric.

Characters like Barst, Draug, and Darros, who can’t promote, might have merits, but their long-term usefulness will eventually simmer out. Fire Emblem Shadow Dragon and the Blade of Light is a long game, so long-term viability is important.

If you’re new to Fire Emblem Shadow Dragon and the Blade of Light or if this is your first Fire Emblem game, it will be better for you to focus on playing defensively. This means baiting the enemy and making them come to you.

Some enemies won’t move until you step into their movement vicinity so you can bait them into the movement range of your army and easily take out enemies one by one or even a couple at a time.

Once you become more familiar with the game and the series as a whole, you can definitely play more aggressively and finish chapters quicker. Use the map to your advantage like mentioned above, but creating chokepoints and using the terrain, and playing defensively will be much easier.

Marth is one of the most valuable assets to your team. He obtains the Fire Emblem early on, letting him open chests, and he can also wield the rapier sword. Rapiers do triple damage against horse units and knights, two of the most common enemy types in the game.

They’re also by far the most common class of boss that you’ll fight at the end of every chapter, making Marth the best boss killer in the game.

You can also buy rapiers from most armories, meaning you don’t have to be conservative with its uses. He may not promote, but he’s the lord and main character of the game, meaning you have to deploy him no matter what!

And those are our tips and tricks for Fire Emblem Shadow Dragon and the Blade of Light.

If you need a hand with other things in the game, check out our guides on how to trade items, how the convoy works, and how to use turn rewind. Also, check out our review of the full game!