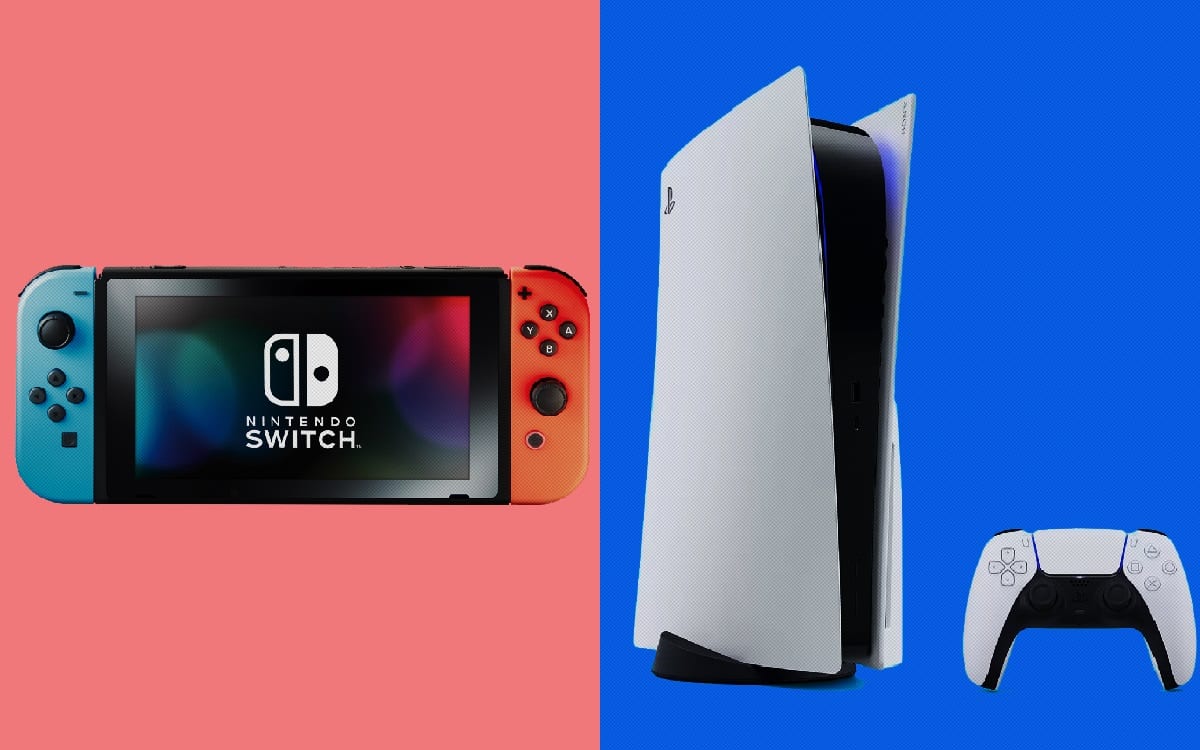 While people will endlessly argue which is better, it is undeniable that different consoles might be better for certain people and their lifestyles. But while the Switch and the PS5 are both great, one might be better suited for someone than the other.

Whether you’re buying for yourself or for someone else, there are multiple reasons why you might want a PS5 over a Switch and vice versa. The holidays are right around the corner so many people will be buying consoles for their loved ones.

If you don’t know what you want or what to get someone else, here is this helpful little guide to let you know what each console offers.

When it comes to their current exclusives, the Switch is much more geared towards multiplayer and couch co-op games. If you have friends over often and like to play games while you have a few drinks and eat pizza, the Switch is perfect for you.

With titles like Mario Kart 8 Deluxe, Super Mario Party, Super Smash Bros. Ultimate, and Splatoon 2, there are all kinds of games that can be enjoyed with your friends.

The Switch is also a JRPG machine, with titles like Fire Emblem Three Houses, Octopath Traveler, along with multiple Pokemon games. These are franchises that are only on Switch and could suck you in for hours.

It should also be noted that these games can be played anywhere as the Switch is a hybrid that doubles as a home console and a handheld console.

While the PS5 did just launch, it does have a good variety of games to play. PlayStation has always focused on cinematic, single-player games, but they have more than that to play at launch.

If you’re looking for more of a multiplayer or couch co-op experience that you can play with your friends, then you should pick up games like Call of Duty Black Ops: Cold War, or maybe Sackboy A Big Adventure.

But if you’re looking to test how powerful and pretty the PS5 can be, then definitely check out Spider-Man Miles Morales and Demon’s Souls. If you’re a fan of Spider-Man like so many others are, Miles Morales is the perfect game that lets you step into the shoes of Spider-Man.

If you’re up for something more challenging though, Demon’s Souls is a brutal RPG that isn’t for the faint of heart. It’s a tough but rewarding experience that pretty much created its own genre.

It’s no surprise that the Nintendo console is the less powerful option. The company has never focused on being the most powerful or the prettiest, as they focus on creating innovative experiences with their hardware.

While the Switch is the more powerful of the two, having better screen resolution when docked, the Switch Lite has a longer battery life. You’d also never have to charge the Switch Lite controllers since they are stuck to the console and aren’t detachable.

Both have thirty-two gigabytes of storage that will be filled up quickly, so we recommend buying an SD card to save yourself the hassle of always deleting games.

It’s undeniable that the PS5 is much stronger than the Nintendo Switch. My knowledge of technical terms and what they mean is very small but I do understand how powerful the PS5 really is.

Basically, the capabilities of the PS5 far outshine the Switch. The PS5 is able to produce 4K, 120Hz resolution video output with 60FPS frame rates.

The loading times for games will also be astronomically faster than the previous console, the PS4, with the SSD being one hundred times faster. This means games will look prettier and developers have much better tools to work with to create amazing worlds.

The next-gen console will also utilize ray tracing, an advanced method of rendering lighting effects in games to make things look much more realistic. If you know anything about games, then you understand how important lighting effects have on graphics and world building,

The PS5 outshines the Switch in hardware in almost every way when it comes to sheer power.

So your games will look and run gorgeously thanks to impressive next-gen technology.

The biggest selling point of the Switch hardware is the fact that it’s both a home console and handheld. You can play it while laying in bed, on the big screen in the living room, or easily take it with you while you travel.

It’s amazing to play console games on the go and it hardly takes up any space while you’re traveling. The PS5 can’t do any of this but that’s because it’s meant to be a stationary experience that focuses on power.

However, because of this, the PS5 has a lot more choices when it comes to online features. The PS5 has multiple streaming services upon launch such as Apple TV+, Disney+, and Netflix, while the Switch unfortunately only has YouTube and no other streaming services.

The online services for these consoles are very different. For the Switch, a year of Nintendo Switch online is $20, while a year of PlayStation Plus is $69.99.

The only things that you get with Nintendo Switch Online are the ability to play some old NES and SNES games, as well as play certain games online, like Smash Bros and Mario Kart.

With PlayStation Plus, you get free games every month, and they’re often pretty popular titles. You’re also able to play games online and get exclusive deals when certain games go on sale. Even though PlayStation Plus is much more expensive, you definitely get a lot out of it.

Another great feature is that the PS5 is backwards compatible with 99% of PS4 games. There are only ten PS4 games that aren’t playable on PS5 but the ones you can play might receive an upgrade in graphics and performance thanks to the PS5’s “boost mod”.

Meaning some games might even have better FPS output than on PS4. The games will have to be installed on the PS5’s SSD to ensure boost mode will be utilized. When it comes to the Switch, backwards compatibility isn’t a thing

The PS5 also has the PlayStation Plus Collection where you can download twenty PS4 titles for free. This includes games like The Last of Us Remastered, God of War, Bloodborne, and Persona 5.

Which Should You Get?

The Switch is perfect if you travel a lot and like to play games couch co-op with your friends. If you’re often the passenger in a car or take the subway or fly often, the Switch makes these trips fly by.

The Switch has a ton of exclusives that can’t be played on any other consoles plus they can also be played portably. But it’s not the strongest console and it might look a bit dated compared to the graphics and hardware of the PS5.

The PS5 is a beast of a console that has a ton of cinematic single-player games as well as some great online multiplayer games. Almost everything about the PS5 hardware is better.

Price is also a huge factor, as the PS5 retails for $499 while the Switch costs $299. If you want the cheaper versions of both, the digital edition of the PS5 is $399 and the Switch Lite is $199. The PS5 is brand new though, so the heavy price tag is fair.

If you’re willing to spend the money, you’ll really get to experience next-gen gaming. But if you’re on a budget, the Switch is better for you and the Switch Lite is extremely cheap, you can’t connect the Lite to a TV though.

The Switch is a good choice if you travel and play games with friends a lot, like Nintendo exclusives and want to play games in handheld mode. It’s also the cheaper option.

The PS5 is a good choice if you want to play next gen games and want a very powerful console. It’s also backwards compatible so you can sell your PS4 (and maybe put that money towards your PS5), but still play all your games on your PS5.

PlayStation Plus may be more costly than Nintendo Switch Online, but you definitely get more bang for your buck thanks to PS+ deals and free games.

Both are great consoles that can be experienced in multiple ways, whether it’s alone or playing with friends, whether it’s a gift or for yourself, it’s a good time to enjoy video games.