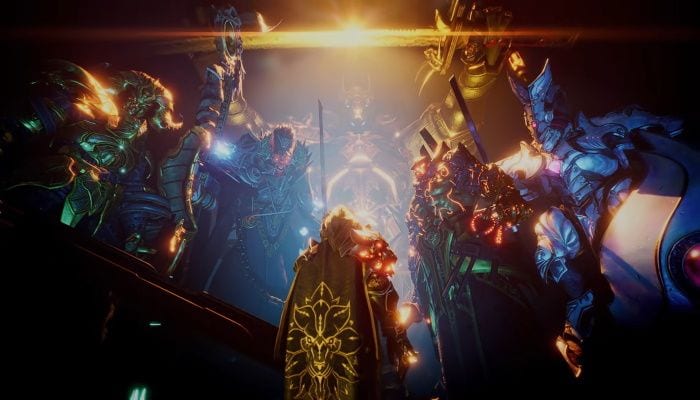 Developed by Counterplay Games and published by Gearbox Software, Godfall is a brand new looter-slasher game that has just been released for the PS5 as a launch title and PC via the Epic Games Store. Like most looter games, you’ll be able to team up with friends and do missions together while farming for loot. However, if you’re wondering whether Godfall features PvP, here’s what you need to know.

Does Godfall Have PvP?

PvP, otherwise known as Player vs. Player, is a gameplay type that allows players to fight each other in a video game, whether casually or in a more competitive ranked setting. While Godfall does allow for PvE by letting you team up with two other players to complete missions, that’s pretty much all you can do.

At the time of writing, Godfall does not feature any sort of PvP mode. You can team up with your friends, but you won’t be able to actually hit them with your weapons or try to duel them like you normally can in a Borderlands game. There’s no separate PvP mode either like Destiny 2, where you can just drop into a different map and start slashing away at other players.

Of course, this may change later on down the line. It’s entirely possible that Counterplay may want to try to keep the game fresh by adding new modes and content, and that could include a PvP mode as well.

But for now, the decision not to include it makes sense. Considering that Godfall’s core melee gameplay is primarily centered around attacking large groups of enemies together and as a team, it would be difficult to try to balance that for PvP. Especially with so many different types of builds you can get from your loot drops, it would be difficult to make things feel fair when you’re up against other real-life players.

If anything changes, though, we’ll update this article with the relevant information.

That’s all you need to know about whether Godfall features a PvP mode. Be sure to search for Twinfinite for more tips and information on the game.