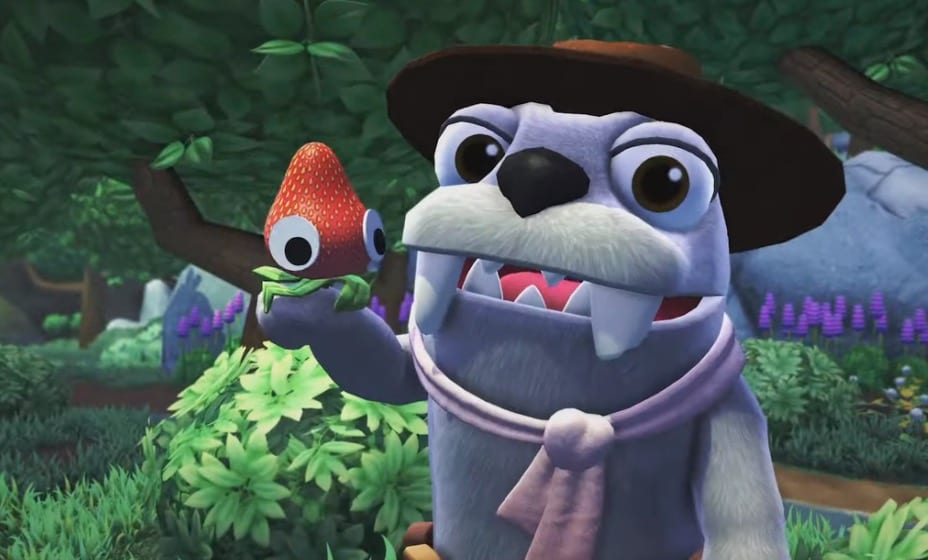 Bugsnax is a brand-new indie puzzle/adventure game from Young Horses that feels like something that came out of the early 2000s. Since there are so many half-bug half-snack creatures to capture out there, you might be wondering how to catch a particular creature that can be a hassle. Here’s how to catch Popticks in Bugnsax.

How to Catch Popticks in Bugsnax

A very fashionable singer named Wiggle Wigglebottom will eventually task you with finding two Popticks and then feeding those same Bugsnax to Wiggle.

To grab these suckers, first head to the Scorched Gorge area, west of Snaxburg. You can see the entrance in the image below and then another image of the map itself.

The area isn’t too large, so once you walk in, you’ll turn to the right and will immediately see two little Popticks. You’ll also spot a Scorpenyo hanging out on the wall, which will come in handy when capturing the Popticks.

If you try to capture the Popticks in your snack trap, it won’t work. They are simply too small to be captured so you have to do something to make them a little bigger.

If you scan the Scorpenyo, you’ll notice that it hates hot sauce and will lob fiery peppers at anything that catches its attention.

This will lead the Scorpenyo to shoot fire at them, causing them to expand. Once they’re done burning up, you’ll be able to capture them in a trap.

I would suggest setting the trap away from the fiery scorpion, as it will constantly burn down your trap with its peppers. Back up a little bit and lead the Popticks to the trap with one of their favorite things, chocolate.

You can always go back to the farm over at Snaxburg if you find yourself running low.

And just make sure to grab them before the timer runs out on the trap. Just repeat that to catch them both (or catch two at the same time) and you will be all set to accomplish Wigglebottom’s request.

That’s all you need to know about how to catch Popticks in Bugsnax. For more tips and tricks like this one, feel free to search Twinfinite. We also have a scored review that you can read as well.