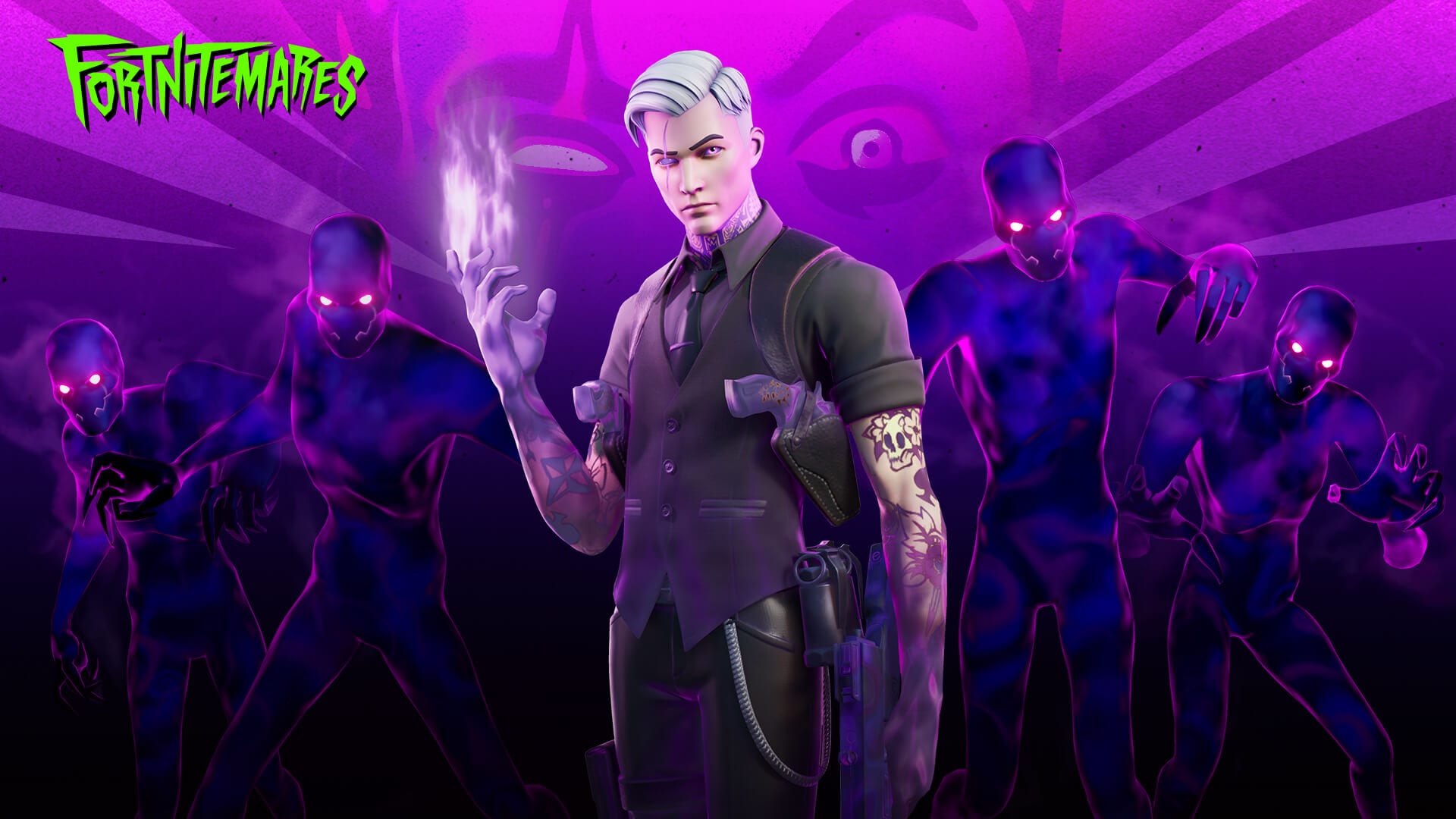 The annual Halloween event for Fortnite, Fortnitemares, returns with special rewards, a concert, and a scary twist on the game’s main battle royale modes.

Fortnitemares 2020: Midas’ Revenge follows Shadow Midas and his reawakened Henchmen who have reclaimed The Agency and will wreak havoc on players with shadowy soldiers.

Fortnite: Battle Royale players eliminated from Solo, Duos, or Squads will come back as a Shadow to try to take out the remaining players in the match. The Shadows will even have special powers such as the ability to possess vehicles.

Halloween-themed weapons return to the battlefield with the Pumpkin Rocket Launcher, Fiend Hunter Crossbow, or riding on a Witch Broom. Players can also earn a weapon skin and other cosmetic items by completing challenges.

Players can also unlock the Wrath’s Wrath Wrap by visiting four Fortnitemares-inspired featured islands in Creative mode, finding 20 digits, and combining the digits into a code that can be redeemed here for the wrap beginning today until Tuesday, Oct. 27.

Fortnitemares 2020 begins today and will run until Nov. 3, while the Party Royale mode will be holding a J Balvin concert on Oct. 31 at 9 p.m. ET. The reggaeton artist will be debuting a new song with a feature from Sech.