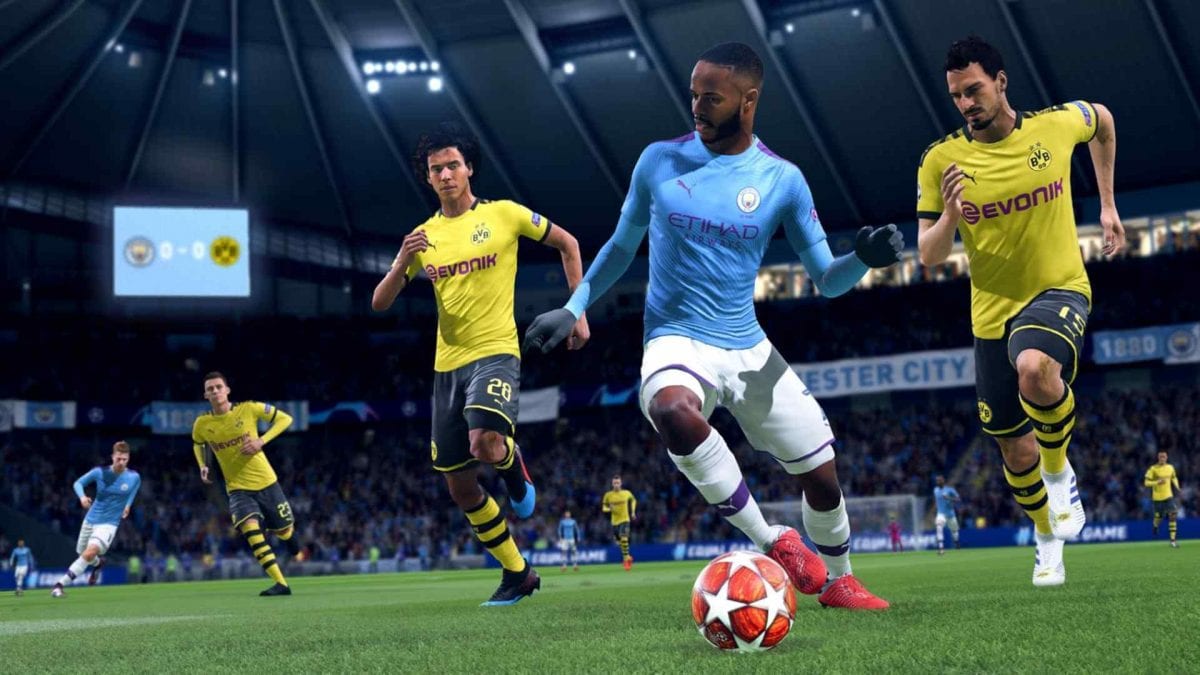 FIFA 21 is an absolute goal-fest when you begin playing online matches or against higher difficulty AI opponents. The offensive mechanics feel very powerful and as such it’s easy to rack up massive score lines. Of course, this is a double-edged sword. Yes, it means you’ll score lots of goals, but if you’re up against a tough opponent, they’ll likely score just as many. In this guide, we’re going to run you through how to defend in FIFA 21.

First off, let’s get some of the obvious bits out of the way. In order to be effective at defending, you should know the various options available to you.

You can find all of the defensive controls for FIFA 21 on PS4 and Xbox One below:

Tips for Defending in FIFA 21

Now that you’ve got to grips with the controls, defending really is just a case of sitting back and waiting for the perfect moment to strike. In doing so, there are three key tips we’d give any player looking to strengthen their defensive game.

Don’t Pull Defenders Out of Position

This might sound obvious, but it’s very easy to do in the heat of the moment when your opponent’s on the attack.

Simply put, you don’t want to start controlling your defenders until you absolutely have to. Keep all of your defenders sitting between the attackers and your goal as your last line of defense.

Instead, use your midfielders to track back and challenge the opposition for the ball. If you choose to charge one of your center backs forward to get the ball, it’ll leave a huge gap behind them in your defensive line which can easily be exploited by a fast striker. Only move your defenders when you absolutely have to.

Jockey for the Ball When You’re Close Enough

When you’ve managed to get one of your defending players close enough to your opponent with the ball, you want to make use of jockey. This will not only give your player a chance of nabbing the ball of the opponent, but it makes it more difficult for your opponent to do just about anything.

Jockeying is done by pressing and holding L2 / LT. You’ll know you’re effectively doing it when your defender appears to be crab walking and always facing the ball.

It can be tempting to just send one of your defenders flying in with a sliding or standing tackle as soon as the opposition gets remotely close to your box. Don’t do this, you could give away a foul in a dangerous position which could cause even more problems for you.

Instead, only use either of the tackling options when you’re absolutely sure you’re going to win the ball.

Not only can it give away free kicks in dangerous positions, but the tackling animations also take a little while to complete. Though only a second or so, if you miss your tackle, a fast striker can use the time it takes for your player to finish (and fail) the tackling animation to get away from your defender and close the distance between them and the goal unchallenged.

‘Stay Back While Attacking’ Custom Tactics

Custom Tactics are, in our opinion, the key to competing with the best players in FIFA 21. When it comes to defending in FIFA 21, one of the key custom tactics you can use is amending the player instructions of your defenders.

Specifically, you want to ensure that your left back and right back’s attacking instructions are set to ‘Stay Back While Attacking’ as opposed to ‘Join the Attack’ or the default setting.

While having your full-backs joining the attack can provide additional width to your offensive moves, it also leaves you massively exposed for a counter-attack.

By setting your full-backs to stay back while attacking by default, you protect against this. Given wing play and crossing into the box is particularly effective while attacking, having players ready to prevent this on the counter-attack is key to conceding fewer goals in FIFA 21.

Plus, if you ever want your full-backs to join in on the attack, simply use the ‘Attacking Full-Backs’ option in-game via the d-pad.

There you have our tips for defending in FIFA 21. For more tips, tricks, and guides, be sure to check out our guide wiki, search for Twinfinite, or check out more of our coverage below.