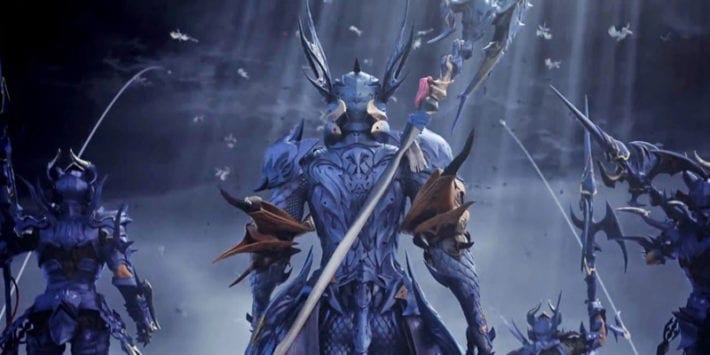 The Shadowbringers story arc has finally come to a conclusion, but there’s still plenty of content you can get into in Final Fantasy XIV. For instance, you can revisit some of the older Extreme content in the game if you haven’t already cleared them, and check out all the side quests it has to offer. Here’s how to start the Warring Triad quests in FFXIV.

The Warring Triad quests were introduced in Heavensward, and served as a series of end game Trials players could take on once they’d hit the level cap and the right item level. The Extreme Trials aren’t too much of a threat anymore, but you do still need coordination between yourself and your party members if you’re looking to clear them at the synced item level.

First off, you can start the quest line at The Pillars in Ishgard, by talking with the NPC named Torsefers, located at X:11.7, Y:11.5. The quest itself is called Gods of Eld, and will task you with heading back to Mor Dhona to get started.

The full list of quests is as listed down below:

The rewards are pretty outdated at this point, but if you’re just looking to clear every single Trial in the game, these are still pretty fun to attempt and are worth clearing for the achievement.

That’s all you need to know about how to start the Warring Triad quests in FFXIV. Be sure to search for Twinfinite for more tips and information on the game.