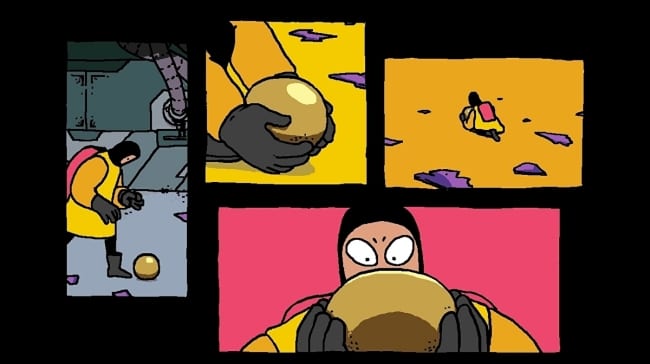 The latest indie game release from Devolver Digital is shaping up to be a really good one. Disc Room will be releasing for PC and Switch later this month, and it’s a delightfully gory and violent game about getting sliced up by sharp spinning discs as you try to solve puzzles and progress.

The premise sounds similarly wacky: a giant disc has appeared in the universe. Your character will have to progress through various rooms while trying to avoid getting hit by the deadly discs, while solving cryptic puzzles at the same time.

Each room has different objectives for you to fulfill and some will be more obtuse than others. As you progress, you’ll eventually also unlock new abilities to make the game a little easier. For instance, as shown in the trailer, you can clone yourself to give yourself extra lives, though that cloning ability may also be required to solve certain puzzles.

Disc Room is set to be released for PC via Steam and the Epic Games Store, as well as the Nintendo Switch on Oct. 22.