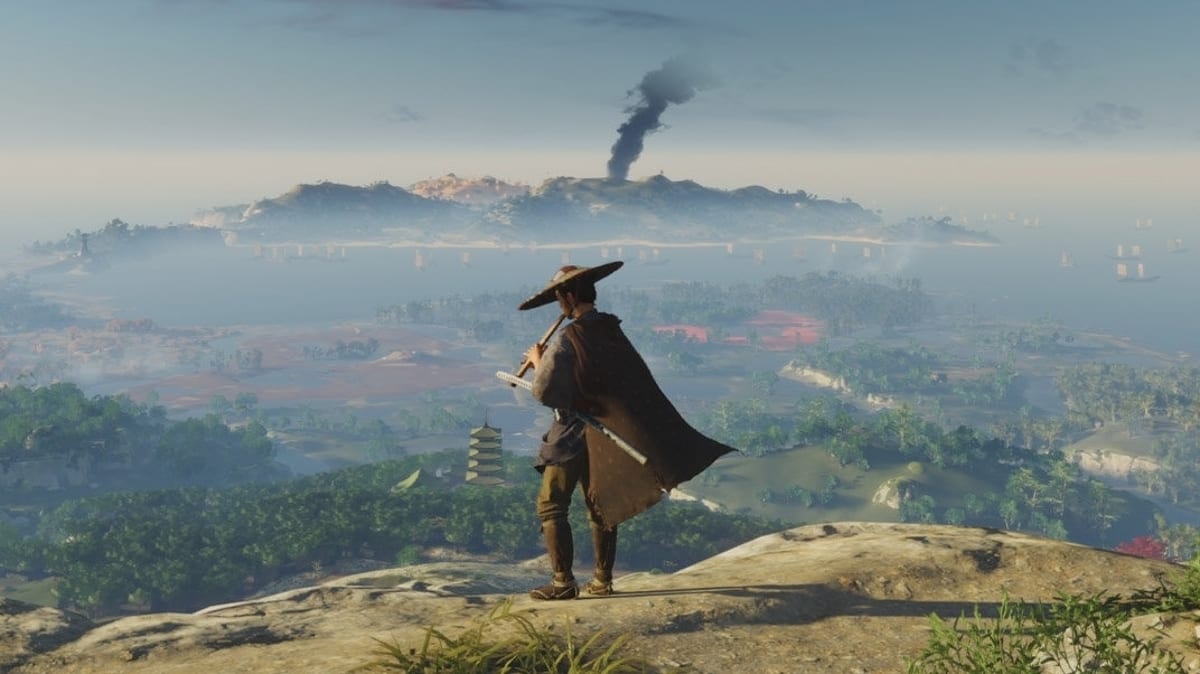 There’s a new sale going on right now over on the PS Store that heavily discounts many of the best games to ever grace the PS4 this generation. The store has discounts on Ghost of Tsushima, Red Dead Redemption 2, and many other titles. If you want a rundown on the best titles to buy during the PSN Games of a Generation Sale, here are our recommended picks.

It’s worth noting that this sale will come to an end on Wednesday, Oct. 14, so make sure to grab these while they’re still on the cheaper side.

Ghost of Tsushima was developed by the talented team over at Sucker Punch, releasing in June for the PS4 as a big exclusive summer game.

The sprawling action-adventure title was well received due to its realistic and appealing portrayal of Japan, its engaging combat system, compelling narrative, and the brilliant way that it approaches open-world navigation.

You can grab it now for only $45 during the Games of a Generation Sale, and since there’s a multiplayer mode coming soon in a free update, there’s no better time to dive in and see what all of the fuss is about.

It’s been quite a few years since Monster Hunter: World first launched, but there was a huge new expansion called Iceborne that released just late last year.

If you’ve been timid about joining the hunt due to the intimidating nature of the series, do not fret. Monster Hunter: World does a lot to ease new players into Capcom’s challenging yet satisfying franchise that simply cannot be missed.

Make sure to grab it now for the low price of $15 during the PSN Games of a Generation sale if you think you might be interested.

And if you’re still not convinced, give our review of the most recent expansion, Iceborne, a read.

Red Dead Redemption 2 is highly regarded as one of the best open-world games of not only this generation but of all-time. Rockstar Games greatly exceeded most fan’s expectations by building upon what made the previous entry so beloved to begin with.

It’ll take some time to really get into the meat and potatoes of the cowboy-western experience but once you do get past that introductory section, there’s so much to see, and do, and explore.

And for that low price of $28 for the Red Dead Redemption 2 Special Edition, you really can’t go wrong here. You can find out more about the game if you want by checking out our review. Spoilers: we gave it a 5/5 –that doesn’t happen too often.

Overwatch is a first-person team-based shooter that comes from Blizzard, the same developers who work on the Diablo, StarCraft, and Warcraft series.

Whereas other shooters similar to Overwatch have come and gone in recent years, Overwatch has continued to remain popular and relevant.

The game is will receive a sequel in the near future, but in the meantime, you can jump into the online shooter for yourself for just about $20.

When Star Wars fans found out that EA would be putting out yet another new Star Wars game for modern consoles, many were skeptical to say the least.

EA had fumbled the Star Wars license a bit in recent years, but righted the ship with Fallen Order.

Working together with Respawn Entertainment, EA has managed to publish a solid single-player Star Wars game.

It told a new original story that was quite compelling and entertaining, the combat was challenging and super authentic to the space opera films, and the entire package was just a love letter for long-time fans.

It was one of the best games of 2019, and is definitely worth checking out, especially if you’re a fan of the franchise.

Developed by CD Projekt Red, the same team that’s now working on the much-anticipated Cyberpunk 2077, The Witcher 3: Wild Hunt is a phenomenal open-world action-RPG set in a gorgeously realized fantasy setting based on numerous novels written by Andrzej Sapkowski.

There are few other games that released this generation that can match the scope and depth that this title had to offer.

Each little town that you visited and each person that you can talk to has meaning and nuance. Conversations are full of quippy lines and there’s so much to see and do in the world.

For $12, there should not be a reason to not try this game at least once. And hey, the second season of The Witcher Netflix series is coming so why not join the party and find out who Geralt is and why this series is so incredible.

What titles from the PSN Games of a Generation sale are you thinking of picking up? Let us know in the comments below!