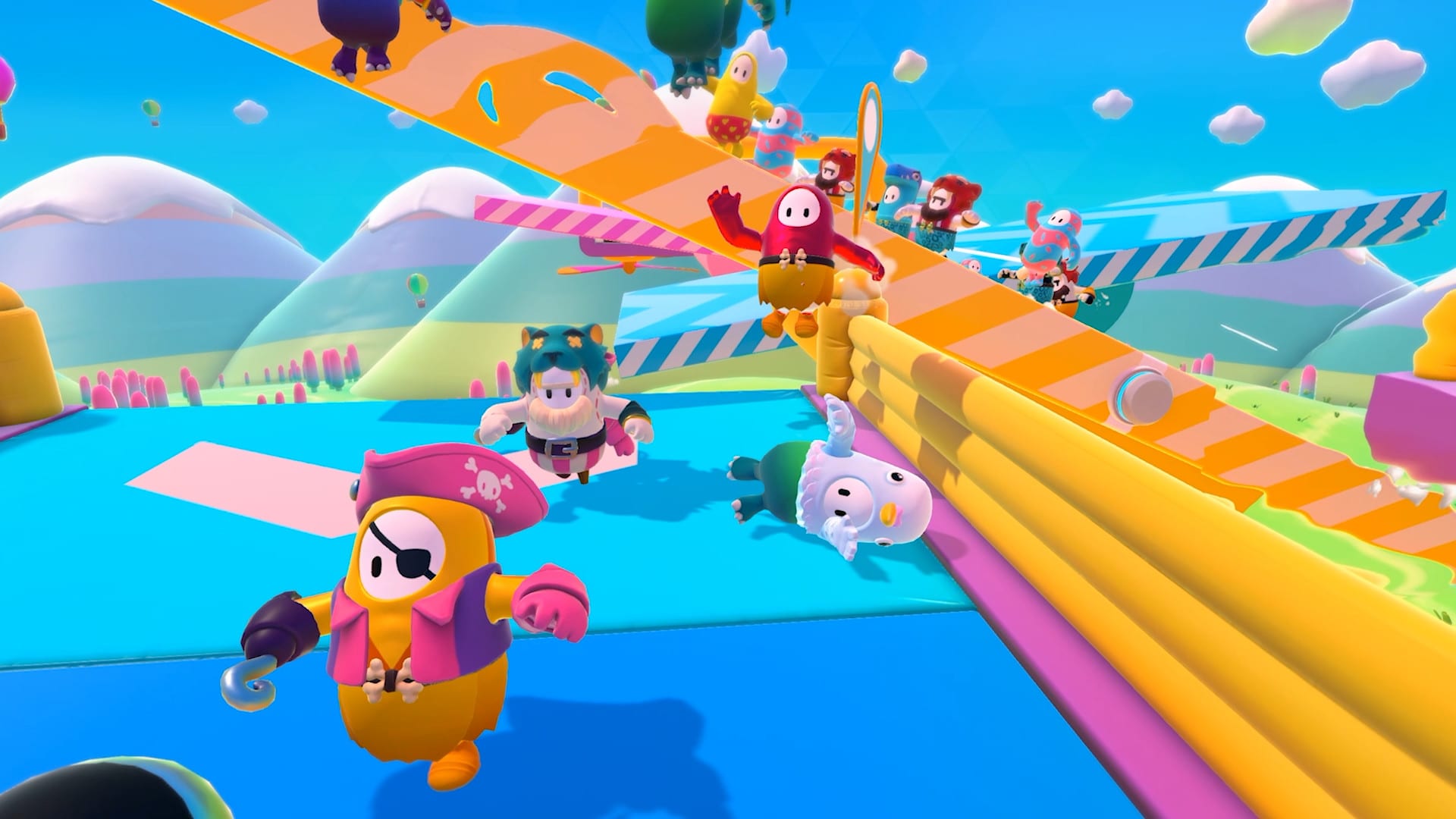 That said, that doesn’t mean we can’t find a few games for you to consider that at least has a similar vibe and perhaps shares some similar gameplay elements that you might enjoy from Fall Guys. Without further ado…

There really aren’t that many games like Fall Guys out there right now. Perhaps the closest you’ll get though is Gang Beasts. Gang Beasts is a silly beat-em-up party game where floppy zany characters compete across a variety of very chaotic stages in an attempt to be the last one standing.

The physics will feel somewhat familiar, the characters of Gang Beasts have a similar vibe, and the game is an irreverent take on a popular genre just like Fall Guys.

The big distinction, of course, is that it’s not a battle royale game. It’s more like Smash Bros. than Fall Guys.

Once again, let’s be clear up front, Human Fall Flat and Fall Guys do not share the same genre. Human Fall Flat, however, is a third-person puzzle game where you need to take advantage of zany physics that are like Fall Guys to solve puzzles.

Like the Fall Guys, your human is not very capable of doing, well, pretty much anything and you’ll need to contend with yourself in order to get anything done.

Come for the laughs and stay for the puzzle gameplay.

But, if you’re looking for a more zany and cartoonish battle royale game with a decent fan base, then your best bets on the Xbox One would be either Fortnite or Apex Legends.

Both are at least not entirely focused on shooter gameplay as Fortnite has its iconic building mechanic and Apex Legends has a character-driven approach where players can select a class that appeals to their playstyle.

Fall Guys is focused on non-combat gameplay and there isn’t anything else on Xbox One that can match that. However, at least Fortnite and Apex Legends has other things going on with its gameplay to consider as well besides just shooting at people.

If you’re looking for a game that just about anyone can pick up and play and has a colorful and quirky aesthetic then Overcooked 1 and Overcooked 2 are definitely worth a look.

While it’s not a battle royale game, you are going to be thrust into a frantic set of cooking challenges where you’ll need to work together with other cooks to put together meals as quickly as possible.

Chaos will ensue as you fight with your friends or players online over who should be cutting up veggies, cleaning dishes, or throwing things in the oven at any given time.