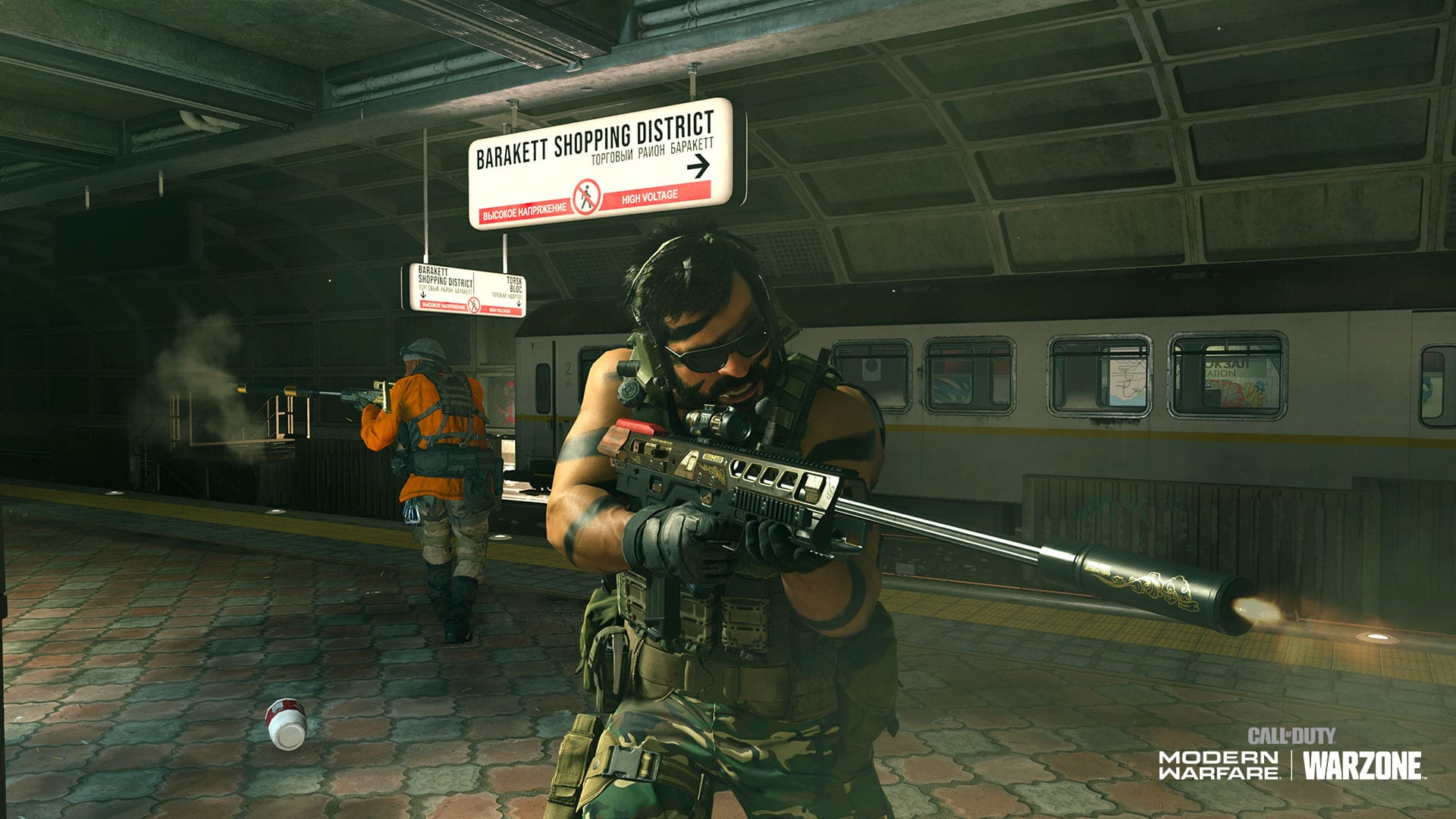 Season 6 of Modern Warfare and Warzone has begun today, bringing a subway system to Verdansk. Much like the previous map changes, it adds new locations into existing areas of the battle royale map. So that you can see what they’re all about, here’s everything you need to know about how to use the metro subway system in Warzone.

The subway system runs in a circle around the map, going through the likes of Airport, Promenade, and Downtown, and is essentially a fast travel system. Getting on it moves you and your squad to the next station in the circle, helping you escape a busy area or reach the next circle quickly.

How to Use Metro Subway System in Warzone

You’ll need to look out for the subway system entrances dotted around the map. Some will have been in the game for a while, like the one from Airport in the screenshot below, while others have been added in as a part of the Season 6 update.

Head into them and look for a new set of stairs on the left or right, which will take you down to the subway system platform. Be sure to look up to where the train comes from to check the sign that says which station is next on the platform you’re on.

If you want to go in the other direction, you’ll have to jump over to the platform on the other side of the station and call the train from there.

You need to make sure that you’re the only team on the platform, as the train won’t arrive if there’s fighting going on. If you’re alone, you’ll see the lights on the edge of the platform turn red and you should be able to hear the train coming.

Once it arrives at the platform, the doors will open automatically and you can get on. After a short time, the screen will go black before you arrive at the next stop. You can stay on to keep going around or get off to go back above ground.

You’ll be able to go up the stairs, like the ones you came down to enter the previous station, or look for a ladder that will be there too to take you through a more discrete hatch.

The subway system will never take you to a station in the gas, so don’t worry about that when taking it, but it takes a while to arrive and you can be caught by the gas while you wait.

That’s everything you need to know about how to use the metro subway system in Warzone. For more tips and tricks on the game, be sure to search for Twinfinite or check out our wiki guide.