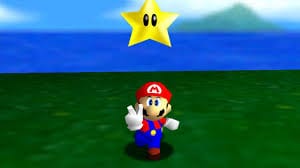 The Super Mario 3D All Stars collection is finally out and it brings Galaxy to a handheld (sort of) system for the first time ever. If you’re jumping back in with the new, less motion control focused controls, you might need reminding on how to do certain things. If you’re struggling to get past him, here’s everything you need to know about how to beat Dino Piranha in Super Mario Galaxy in 3D All Stars.

Appearing in the Good Egg Galaxy, the Dino Piranha plant is a boss that you’ll have to face to get one of the power stars. While what you need to do to beat him isn’t tough, you’ll need to be pretty precise and clear on what exactly you need to do.

How to Beat Dino Piranha in Super Mario Galaxy

You’ll first need to go round the back of Dino Piranha and attack the bulb on his tail with the Y button to send it flying into his back. It’ll smash its shell and then get faster as it tries to chase you.

Then, with the shell smashed, you need to do the same thing three more times. Circle around Dino Piranha as quickly as you can and attack his tail just as you did the first time.

After each attack you do that deals damage, the Dino Piranha will get faster and more angry, attacking you with much more ferocity. You just need to attack three times to beat him, at which point he’ll disappear and leave you a power star to collect.

In all honesty, the boss fight is quite simple, it’s just working out exactly what you have to do that’s a little tricky.

That’s everything you need to know about how to beat Dino Piranha in Super Mario Galaxy in 3D All Stars. For more tips and tricks on the game, be sure to check out our wiki guide or search for Twinfinite.