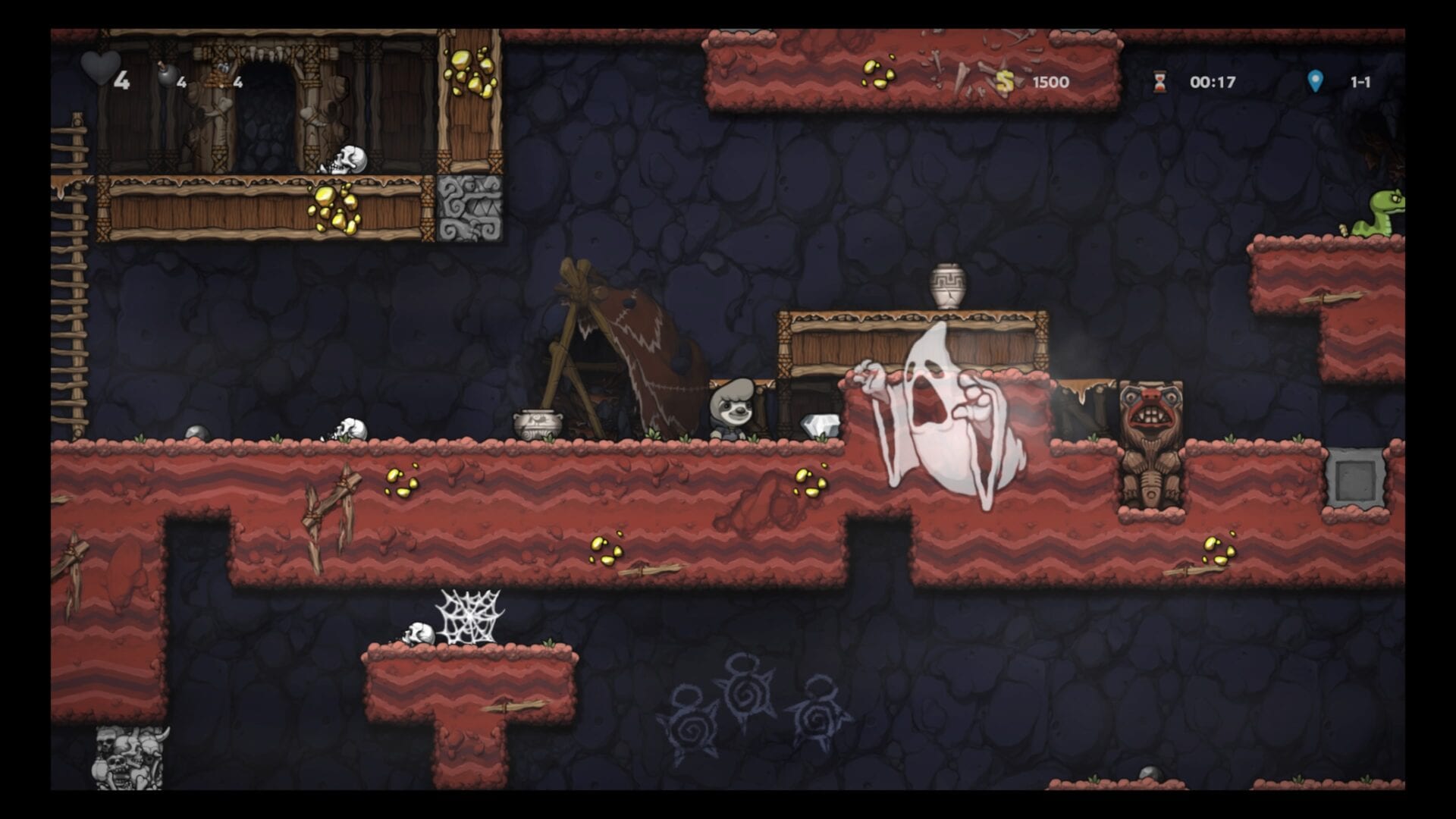 There are few threats as lethal to you in Spelunky 2 as the Ghost. A single touch from it kills you instantly no matter how much health you have, and it’ll pursue you relentlessly through any level where you incur its wrath. Being that the game is lousy with enemies that at first appear unkillable until you get the proper weapon though, you’ve probably been asking yourself: Can you kill the Ghost in Spelunky 2?

Can You Kill the Ghost in Spelunky 2? Answered

As it stands, no, you cannot kill the Ghost in Spelunky 2.

No matter what you throw at it or what environmental hazards you put in its way, it’ll keep coming after you if you’ve been in a level for more than three minutes or if you break a Cursed Pot.

This may be a bit of a bummer to hear – especially if you’d heard about how it was possible to kill the Ghost in the first Spelunky – but it does make sense from a design perspective. The series’ gameplay loop is all about getting as much treasure and as many items as you can in the time allotted, and the Ghost is integral to holding you to that framework.

Being able to kill it throws a wrench into the entire system. To that end, removing the ability to kill it in Spelunky 2 helps to maintain the overall experience that its developer, Blitworks, is going for.

Can You Slow the Ghost Down?

With all that said though, there are ways to slow the Ghost down in Spelunky 2 and give yourself more time to breathe.

In certain levels, you can obtain a Four Leaf Clover that grants you protection from the Ghost, extending your time limit from three minutes to five minutes. They can be obtained by finding secret areas like the Black Market or Vampire Castle; participating in the Moon and Star Challenge Rooms; or by killing Leprechauns.

Likewise, the Camera stuns them the same way it does every other enemy in the game. This can allow you to slow it down once it’s already in a level, and give you more time to reach the exit before it drags you into the afterlife.