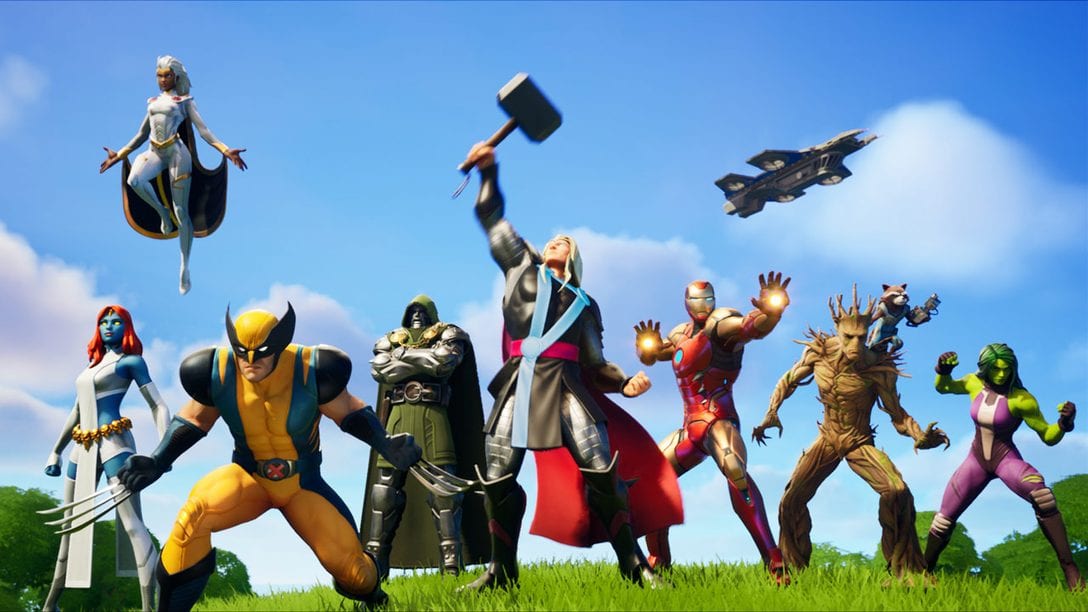 Getting Storm’s Mythic in Fortnite

Just like some of the other superhero powers in the game like Thor’s Bifrost, Storm’s Whirlwind Blast Mythic ability is dropped from the containers found at Quinjet Landing Sites.

Quinjet Landing Sites are different each game, but are marked with blue plumes of smoke which can be seen from the battle bus at the beginning of a mach.

Head to one of these plumes of smoke, and as you approach, you should notice small drones carrying containers. Shoot these small drones down, and the container will break, revealing a random weapon. Storm’s Mythic can drop from these containers, but due to it being such a rare and powerful ability, it has a low drop rate.

Storm’s Mythic is okay, but there are definitely more powerful and better Mythic abilities available to players in Fortnite right now.

Storm’s Whirlwind Blast sees a whirlwind surround you, before pushing out and blasting any opponents around you up and away into the air. This can lead to fall damage, as well as any initial damage dealt by the attack, but it has a 25 second cooldown, which makes it less-than-ideal if you find yourself taking on multiple opponents at once, or miss your first use of the Mythic in a panic.

That being said, the Whirlwind Blast can also be used as a defensive option, too. Using this Mythic will deflect any projectiles away from you and back to where they came, offering you a chance to deal damage to your opponents with their own bullets.

That’s everything you need to know on how to get Storm’s Mythic in Fortnite. For more tips, tricks, and guides, be sure to head on over to our Fortnite guide wiki, search for Twinfinite, or check out more of our coverage below.