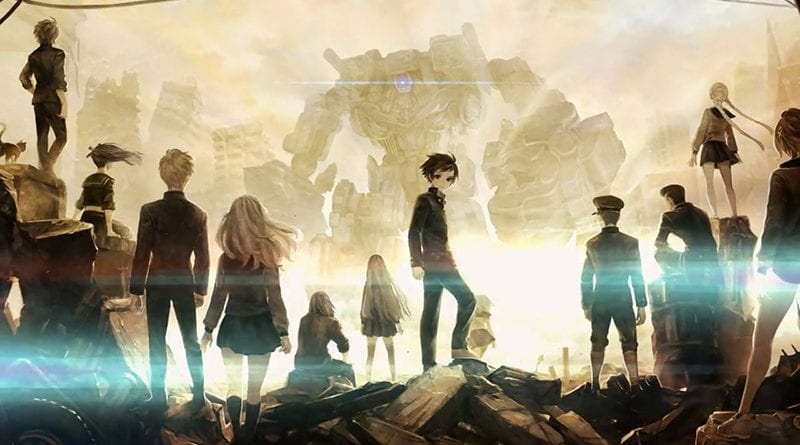 13 Sentinels Aegis Rim was originally announced for the PS3 and PS Vita a few years back, and after a delay, it’s finally releasing this month for the PS4. Unlike past Vanillaware games, this isn’t an action RPG; instead, players will be getting a real-time strategy game interspersed with heavy story sections and some light puzzling. Here’s how to feed the cat in 13 Sentinels Aegis Rim.

After clearing the prologue, you’ll be able to jump into any of the character stories you’ve unlocked so far. Iori Fuyusaka’s story will start with her walking home after school with her two friends, and one of her story branches will require you to feed a mysterious black cat.

First things first, when talking to her classmates, make sure to choose the ‘crepes’ option when asked what kind of snack you’d like to go for. This will prompt Tomi to talk about cat snacks, and give you access to the keyword when you need it later on.

As the two girls start prattling on about random topics, look to the right of the screen to find the black cat. As you approach it, you’ll be able to press the triangle button to access the Thought Cloud and consider the ‘cat treats’ term. However, in order to feed the cat, you’ll need Tomi’s assistance.

Approach the cat very slowly, access the Thought Cloud, then press X to call out to Tomi. It’s a very short window and it’ll quickly disappear as the cat runs away.

If you fail to call out to Tomi, just walk back to the two girls and press the X button to cycle through their repeating conversation again to get the cat to show up. Do note that you do have to trigger the conversation to get the cat to appear and not run away immediately. If you skip that step, approaching the cat will cause it to run off.

That’s all you need to know about how to feed the cat in 13 Sentinels Aegis Rim. Be sure to search for Twinfinite for more tips and information on the game.