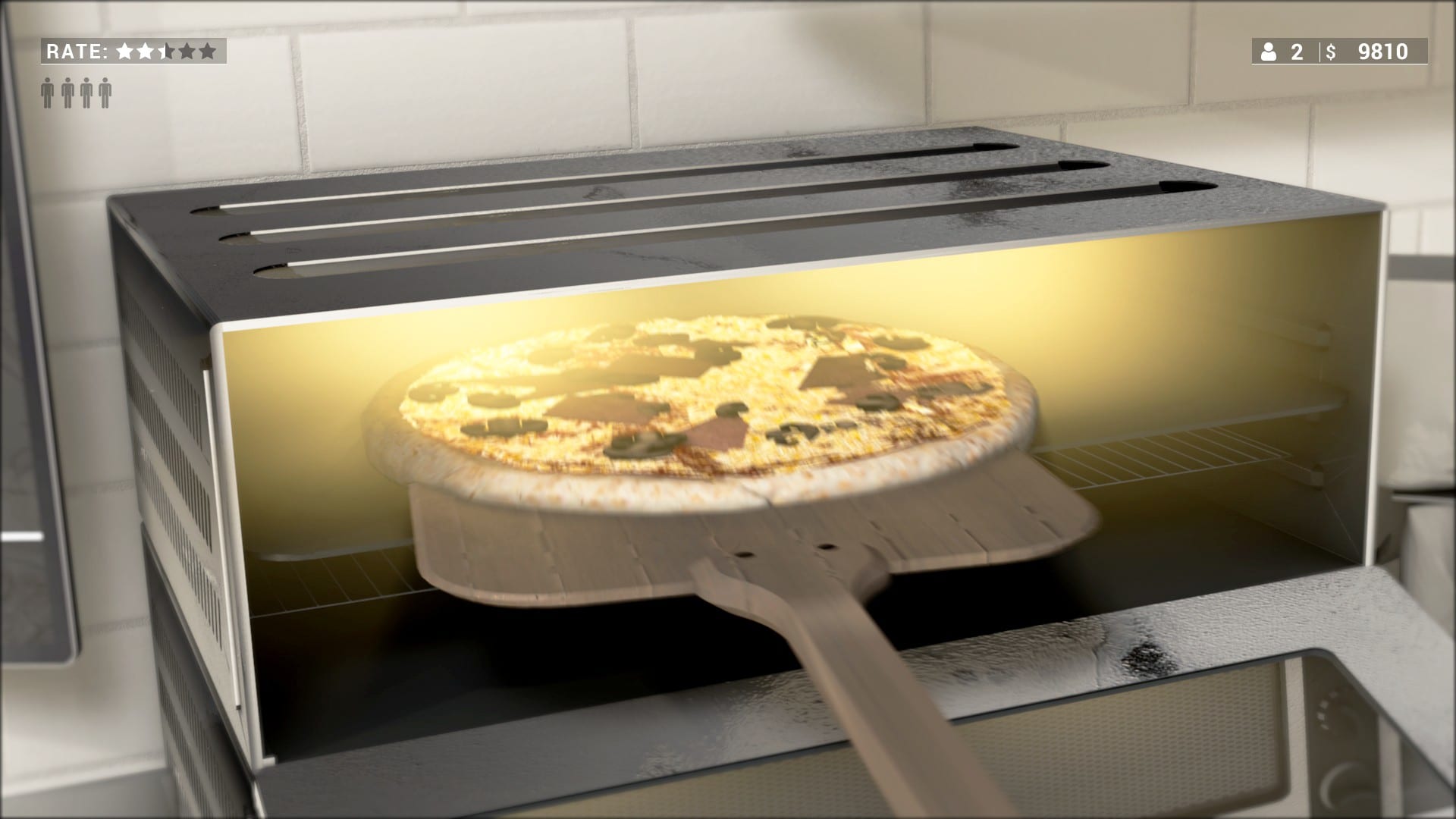 At Twinfinite we have a diverse staff of editors and writers from all over the U.S., and even the world, based in locales such as Chicago and Italy. As the resident New Yorker on staff, though, it goes without saying that I am entrusted be the one to judge anything pizza related. Today, we do happen to have some news at the intersection of video games and pizza, so please allow me to provide you an expert analysis that only a New Yorker can provide.

A trailer for a game called Pizza Simulator developed by Gaming Factory S.A. popped up today on Steam and it’s definitely… something.

In Pizza Simulator, you’ll be tasked with not only making your very own pizza in first-person, but also building up and improving a shop, delivering the pizzas yourself, managing the shop’s economics, and competing against other locale pizza places.

As the game’s trailer would suggest (see below) it’s not all smooth sailing. First off, you apparently can only cook one pizza at a time using a sad looking oven that can hopefully be upgraded or we’re all doomed. But that’s not the worst part, if no one shows up to your pizza place, you may be forced to engage in corporate sabotage by poisoning your rival’s customers. Seems a little extreme and shady but OK.

I’m not really sure how seriously I’m supposed to take Pizza Simulator as I’m getting some serious “that’s how Mafia works” vibes from some of that trailer.

At the end of the day though it could be a source of some silly fun when it releases on PC, Xbox, PlayStation, and Nintendo Switch in 2021. And if nothing else, this was an opportunity for me to annoy anyone that isn’t from NYC with some pizza snobbery. I’ll never skip an opportunity to do that.