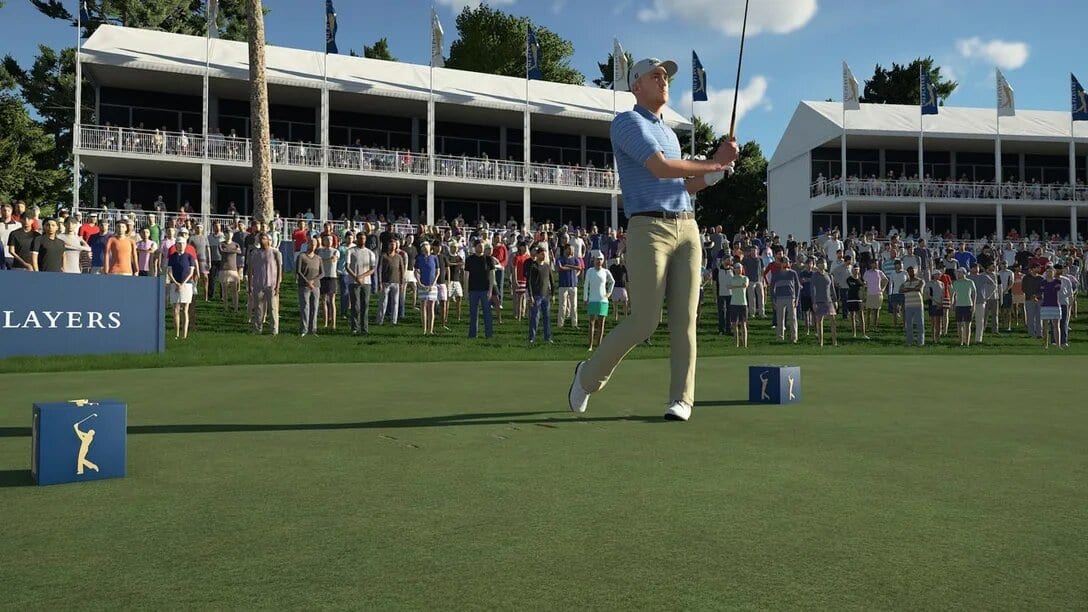 The PGA Tour series is back, without Tiger Woods or Rory McIlroy in the title, and it’s even deeper than you’ll remember. For each shot, you’ll need to take the wind, lie of the ball, distance, and shot type into account. So that you can be a bit more precise with your shot, here’s everything you need to know about how to get backspin in PGA Tour 2K21.

The reason you’ll want to get backspin on a shot is because it’ll allow you to overshoot to get over a hill on a green, spinning the ball back towards the hole rather than trying to putt uphill. Also, backspin will allow you to stop a ball dead after landing if the club you’re using will hit the ball exactly the distance of the hole.

How to Get Backspin in PGA Tour 2K21

You set up a shot to get backspin before you begin your swing. Unlike in the older games in the PGA Tours series, you can’t dramatically add spin while the ball’s in the air, which fits in with the more realistic feel of the more recent games.

To do so, you need to hold L1 if you’re on PS4 (LB on Xbox One), at which point you’ll see the two gauges on middle-left of the screenshot down below appear.

The left of those two indicates where on the ball you’re hitting. Move the left thumbstick up and you’ll get topspin on the shot and moving it down will get backspin.

As you move the stick further down to add more backspin, the white line in the middle of the shot indicator will get narrower, making it harder to pull off a perfect shot.

Get it right and you’ll see the shot backspin when it lands. Also, if you land it on the green, you’ll likely create a dent with the ball.

That’s everything you need to know about how to get backspin in PGA Tour 2K21. For more tips and tricks on the game, be sure to search for Twinfinite.