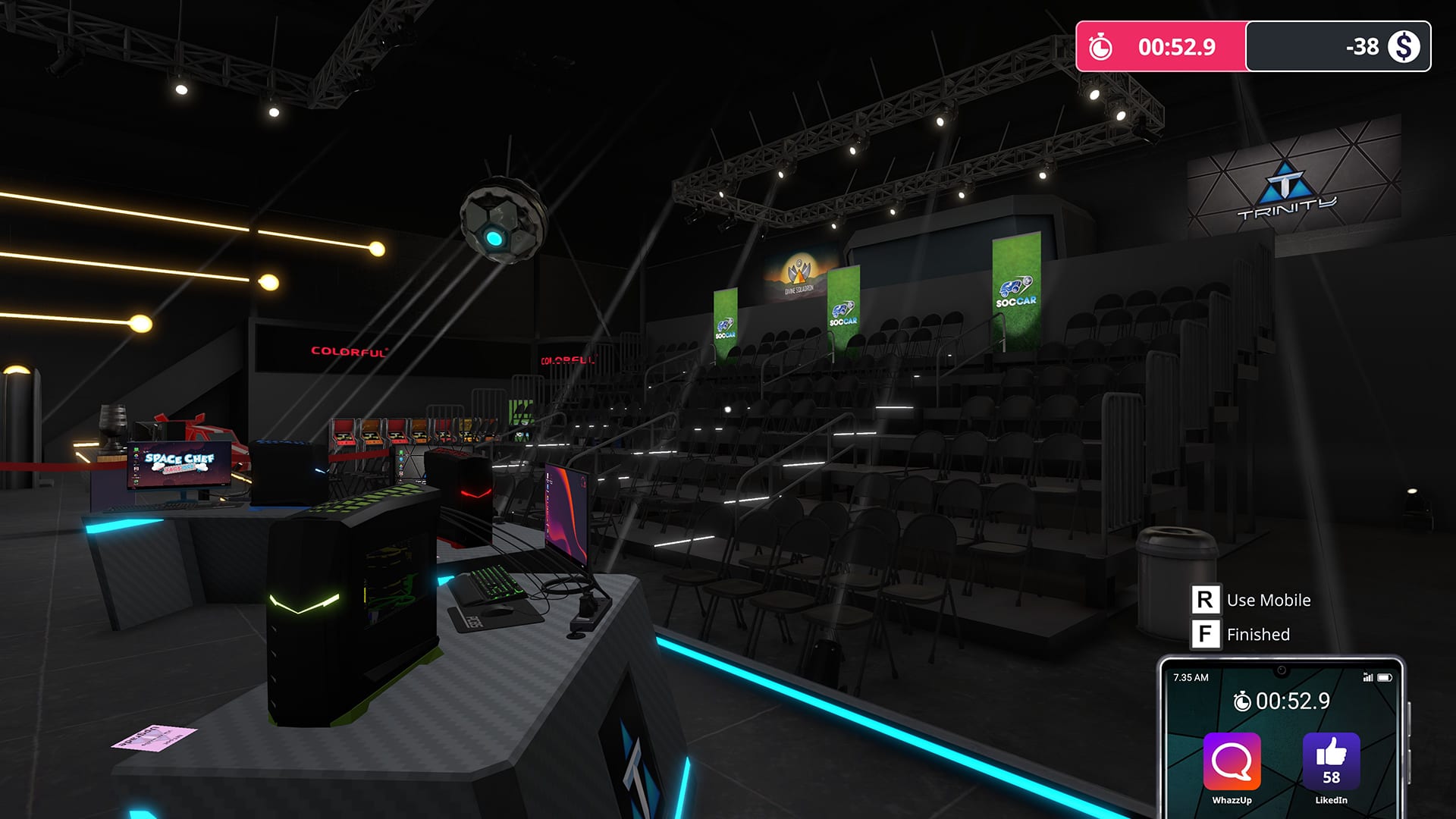 The Esports Expansion puts players in charge of an esports team with managing sponsors, players’ demands, and the tech budget.

Players are also tasked with putting the right sponsored parts within the PCs, setting up the team’s stage and backstage area on match day, and quickly repairing computers during the event if some part fails.

An update alongside the expansion released today offers fixes and a few quality-of-life features for the main game.

The Esports Expansion is now available for PC on Steam and GOG. The base game will be on sale at 50% off from Aug. 4-8 as part of Steam’s Midweek Madness sale.

PC Building Simulator is also available for consoles, but there is no date for the expansion’s console release.