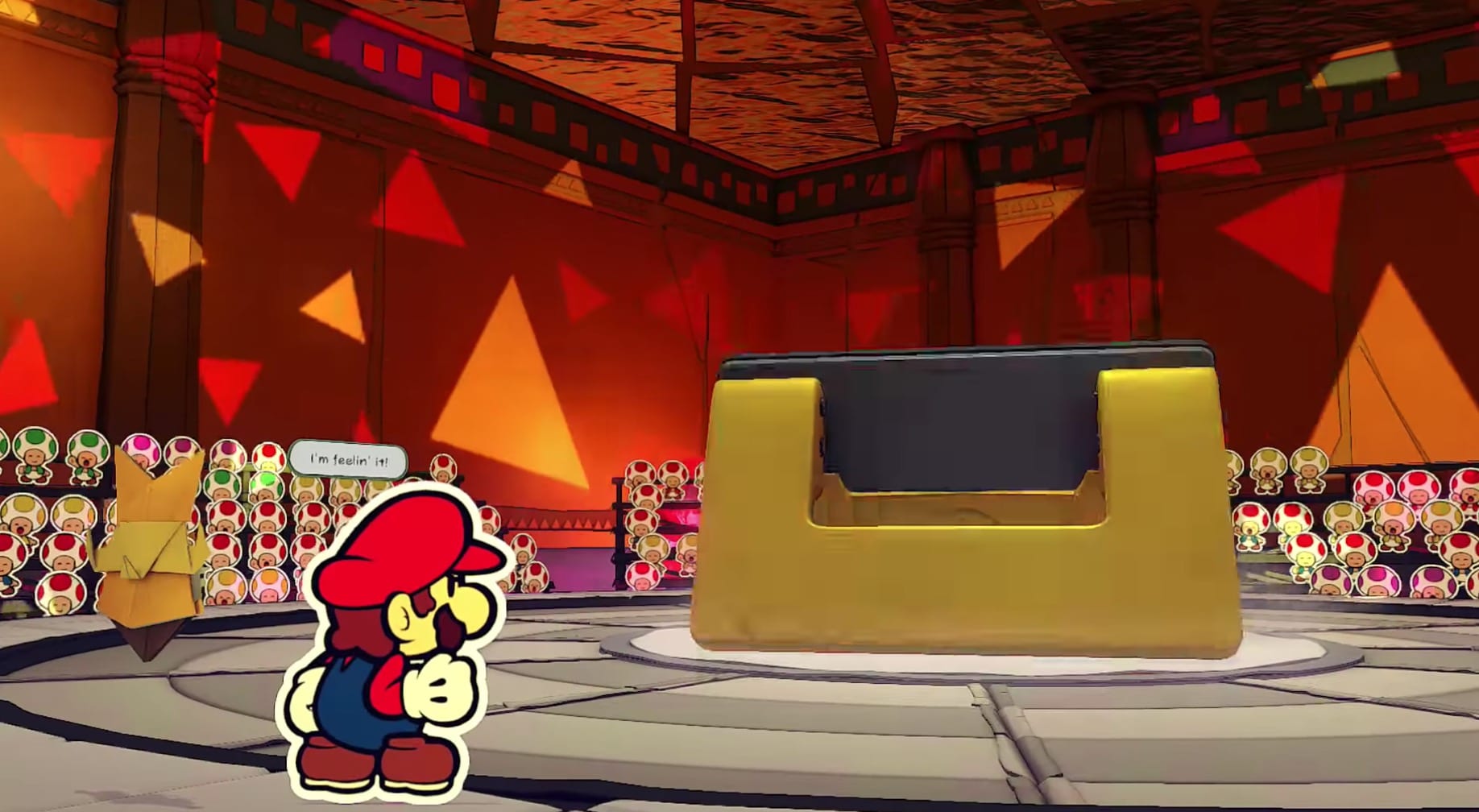 This Hole Punch boss might seem intimidating at the beginning of the fight, but don’t let that thing scare you! At the start of the fight, the boss will chomp up certain spots on the battlefield, limiting Mario’s movements.

For these first few rounds, you want to make sure that you avoid these holes that the Hole Punch created and make your way to the backside of it to deal damage.

Make sure to use your best hammer to smack it and don’t worry about using other moves, the hammer will work just fine. And of course, always attempt to grab those x2 or +1 tiles to get extra moves and attack power, as that will shorten the length of this boss battle.

Once the Hole Puncher starts glowing, that means that it’s charging for a powerful attack. When this happens, run over an On switch and then go activate the Earth Vellumental Magic Circle.

The boss will now be flipped upside down and open to attacks from Mario. Now hit the On switch again and head over to the 1000-Fold-Arms move. Perform that correctly and a ton of damage will be dealt.

If the boss is still not defeated, all you need to do is repeat the process until the Hole Puncher is no more.

Hopefully, this guide helped you figure out how to beat the Hole Punch boss battle in Paper Mario Origami King. For more tips and tricks, be sure to search Twinfinite or just scroll down below for related content: