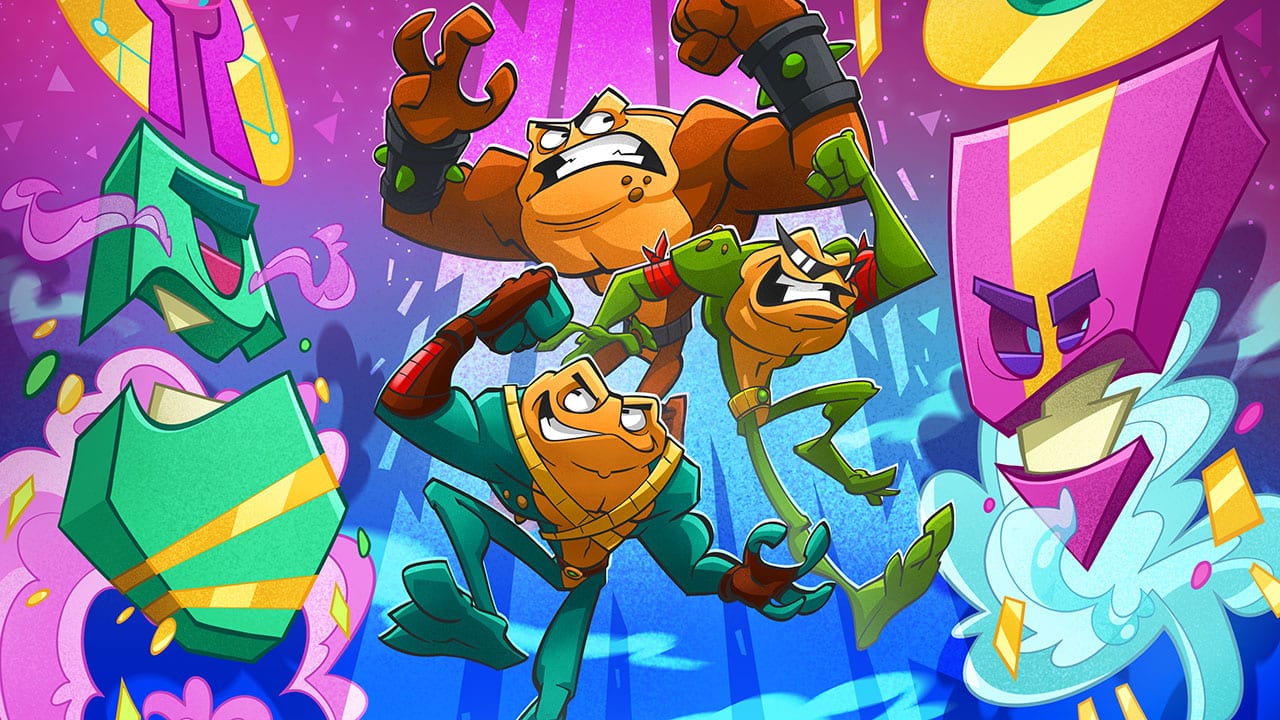 Similar to the original version of the game, Battletoads’ 2020 reboot requires plenty of skill. Regardless of the difficulty you play on, the slew of different mini-games, combat sequences, and platforming involved in the game is going to challenge you. Luckily, we’ve got all of the Battletoads tips and tricks for beginners right here.

While Battletoads may seem like a pretty straightforward beat’em up, there is a fair amount of nuance to its combat system, especially when brawling. You can’t just mash the strike button for every single enemy and plow your way through them.

Some enemies require you to break their block, stun them, and even execute combination moves in order to be defeated. The combination moves also do a lot more damage and serve to clear out crowded spaces, so use them as much as you can.

Enemies also have pretty significant tells to indicate that they’re about to unleash an attack. For example, charging enemies will take a stance when they are about to fly toward you.

The toads themselves are also aware that projectiles are coming in from enemies, as indicated by exclamation points above their heads.

Speaking of combat, out next point details why it is important to switch between characters.

Whether you’re playing solo or with two of your buddies on the couch, it is important to try your hand as playing Rash, Pimple, and Zitz.

The first reason is that they have varying attacks and playstyles. Zitz is fast, Pimple is strong, and Rash is balanced.

Obviously, if you enjoy one playstyle, you’ll be prone to want to switch to that style. Just know that a character with speed like Rash, is going to make a boss fight like the Guardian much easier dodging wise.

The most important reason to switch characters pertains to if you’re playing solo. Tagging in a character in a situation where they are more useful not only helps you defeat that enemy or boss easier, it also prevents the other character from being K.O’d.

Pay Attention to the Environment

Beginners may miss that Battletoads has a surprising amount of stuff hiding in its backgrounds if they aren’t paying close attention. For the most part, this pertains to destructible items and puzzles that lead to collectibles.

The destructible items are pretty straightforward, as you just need to look for them, aim, and shoot. You’ll need to do this for multiple items across the level, though, not just one.

Puzzles are a different beast entirely. The majority of the extra puzzles require you to match symbols up with hints you find throughout the environment.

Be sure to pay close attention to the environment the toads are on as well. If you don’t you may end up getting K.O’d by an enemy that does electricity damage in the water that you’re standing in.

That is everything you need to know about tips and tricks for Battletoads beginners. For more helpful info, as well as general coverage of the game, search the rest of Twinfinite.