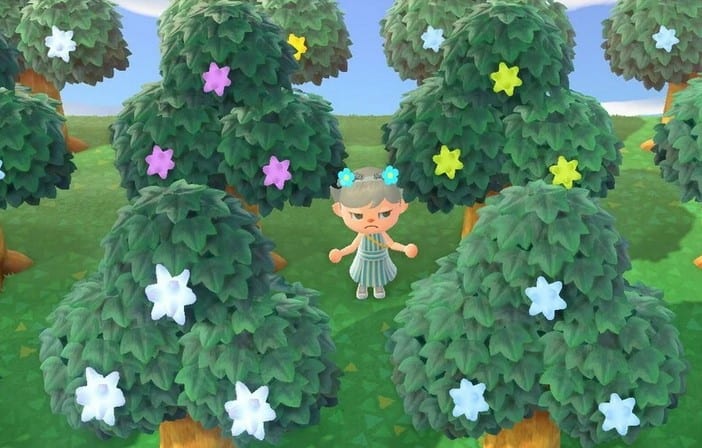 A few weeks back, Animal Crossing: New Horizons players found that it was possible to hack special cosmetic trees into their game. One of the most popular options was the star fragment tree where instead of regular money bag trees, the bags were replaced by star fragments instead.

This had no impact on the gameplay, and once you shook the trees, they’d just fall off and become regular trees again. However, Nintendo has just pushed out a new patch for the game that converts those hacked trees into regular money trees.

After the dream suit became available in Animal Crossing: New Horizons, players with hacked trees in their worlds were allegedly reported to Nintendo for cheating, and this is what led to the company’s decision to patch out the trees. You can check out the full patch notes down below:

Sadly, if you had any star fragment trees around as decoration on your island, they’ll all be gone when you install the new patch.