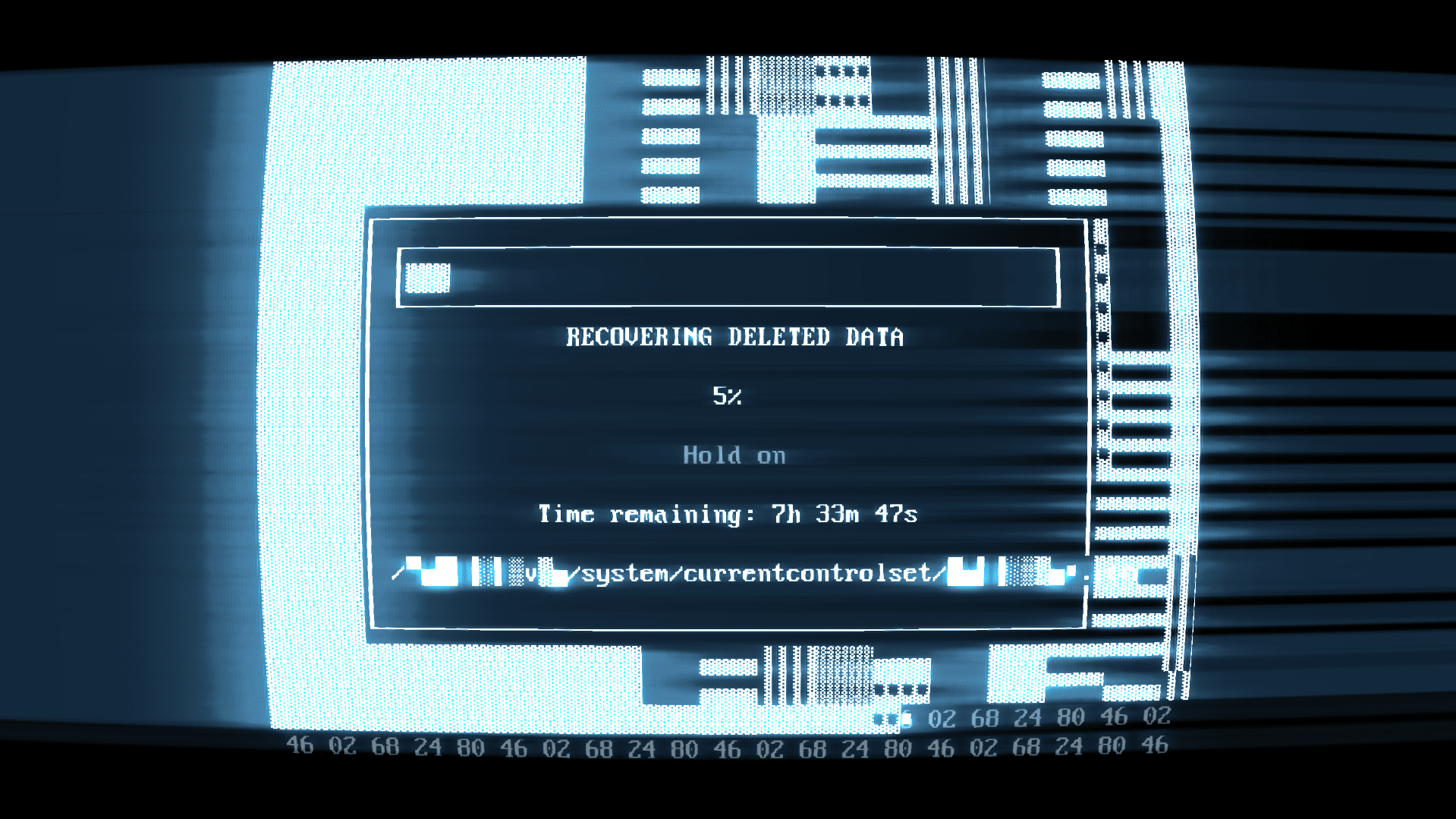 Once you’ve given up your cores, hacks and just about everything else in SUPERHOT Mind Control Delete, you’ll eventually end up on a DOS screen. You’ll follow a white line, winding its way through the static, even finding a random woodchopping mini-game along the way if you keep your eyes peeled. But it always ends the same way. You’ll reach a DOS screen in SUPERHOT Mind Control Delete that simply says ‘Recovering Deleted Data.’

The game will then begin running through a number of different random file names, slowly progressing the % complete of the process. It also reads that it has an estimated eight hours remaining. It then begins ticking down in real time and there’s seemingly nothing to do.

Turns out, that’s it. You’ll have to leave SUPERHOT Mind Control Delete running on your PC or console for eight hours on that screen. You can have it running and minimized and do other things on your PC, and you can also close it and have your progress recovering deleted data saved.

In other words, you can let it run for an hour, close the game, and then when you boot it back up, only have seven hours remaining.

What Happens When All Deleted Data Is Recovered?

Once the game has been on this screen for eight hours, it’ll complete and you’ll be brought back to the More screen. Click through the on-screen text and you’ll return to the ‘Node’ screen where you can select levels, read the lore, and even uncover a new ‘PURE’ Core.

The PURE Core allows players to experience SUPERHOT Mind Control Delete’s roguelike elements but with no cores, no hacks, and just one life.

Finally, you’ll unlock an additional ‘ERROR’ node to play through, too.

You also get the ‘back for MORE’ achievement or trophy for waiting the full eight hours, though, which I guess is a neat reward.

That’s everything you need to know about SUPERHOT Mind Control Delete’s ‘Recovering Deleted Data’ screen. Check out more of our coverage below.

Crusader Kings III Gets New Trailer Showing How You Can Murder, Seduce, and Blackmail For Power

New Tune From Cyberpunk 2077’s OST “A Like Supreme” Released