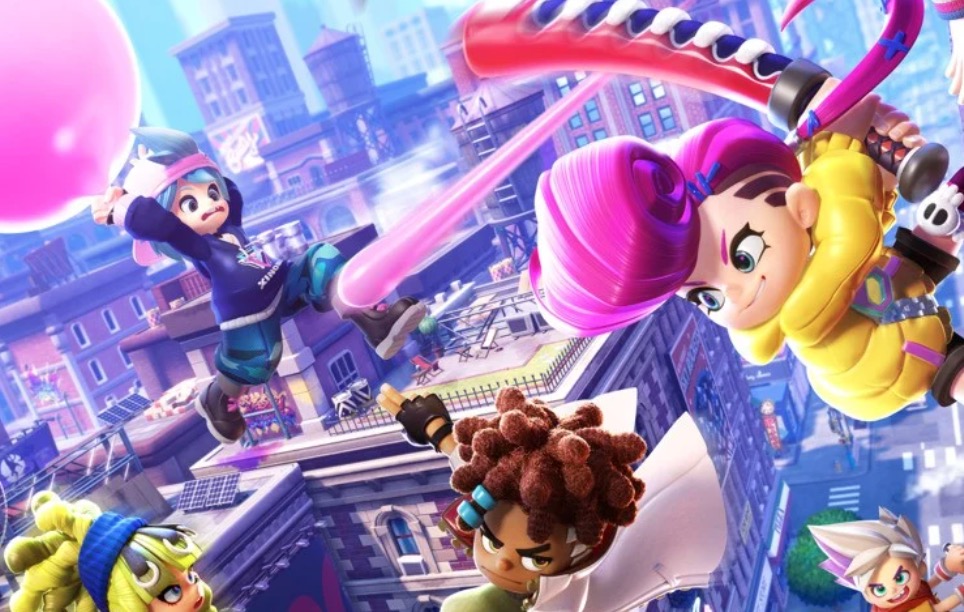 GungHo Online Entertainment’s new online multiplayer game, Ninjala, is a quirky mutlilplayer brawler that might remind folks of Splatoon. However, Ninjala is much more than that. You get to play as kids with Ninja Gum abilities, being able to choose between a variety of weapons to then compete in a timed match with eight other players. Right now, the game is only on the Switch, but if you’re wondering whether Ninjala is coming to PS4 or not, here’s your answer.

Ninjala was announced during E3 2018 as a Switch exclusive title and since then has launched on the eShop as a free to play title with some microtransactions for cosmetics and single-player story content.

Even if you head on over to the official Ninjala website, you can see the Nintendo Switch logo in the top-right corner of the screen, and unfortunately, there’s no PS4 logo or any other platforms as a matter of fact.

For now, you’ll just have to play Ninjala on a Switch. Hey, at least it’s a free game!

And, if GungHo Online does decide to announce Ninjala for the PS4 or any other platforms, we will be sure to update this guide accordingly.

And that’s all we have to say about Ninjala coming to PS4. If you’re playing the game right now on the Nintendo Switch, make sure to check out our tips and tricks guide right here. It’s perfect for beginners who are trying to get higher in the ranks.

For even more Ninjala content, just search Twinfinite or scroll down below: